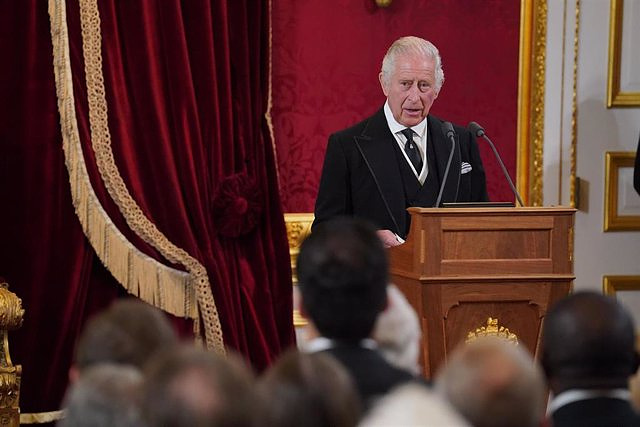 The new King of England, Charles III, stressed this Saturday that he is "deeply aware" of "the duties and enormous responsibilities" that he has inherited after the death of his mother, Elizabeth II, in his first speech after being officially proclaimed as monarch.

"It is my sad duty to announce the death of my dear mother, the queen," said Carlos III, who's death represents "an irreparable loss." "Both to this kingdom and to the wider family of nations of which she is a part, my mother set an example of selfless love and service," he said.

"My mother's reign is unparalleled in its length, dedication and devotion. Even while we mourn we must give thanks for her loyal life. I am deeply aware of this great heritage and the enormous duties and responsibilities of sovereignty that have been entrusted to me. transferred", he pointed out.

In this sense, Carlos III has promised that "he will work to follow the inspiring example that has been given to him when it comes to maintaining constitutional government and seeking peace, harmony and prosperity for the peoples of these islands, the kingdoms of the Commonwealth and the territories of the whole world.

The new monarch has stressed that he will exercise his functions "guided by the advice of his elected parliaments" and has transferred his gratitude to his wife, Camilla Parker Bowles, for her "constant support". "At the time of carrying out the enormous task that has fallen on me, to which I will dedicate the rest of my life, I pray for the guidance and help of Almighty God", he has settled.

The speech has been read minutes after being formally proclaimed as the new law of England after a ceremony held at St. James's Palace. The monarch has been accompanied by the queen consort, Camilla Parker Bowles, and Prince William, now Prince of Wales.

The hitherto Prince of Wales automatically ascended the throne on Thursday after the death of his mother, Elizabeth II, at the age of 96, so the act of proclamation was purely ceremonial. The organization currently has more than 700 members, although only around 200 have been called.

These acts have taken place a day after Carlos III renewed in his first speech to the nation the commitment for life that his mother assumed when ascending the throne and stressed that he will fulfill his tasks "for as long as God keeps me alive "--, while extolling the historical figure of Elizabeth II.