Carlos Alcaraz, sixth Spaniard to conquer number one in the world 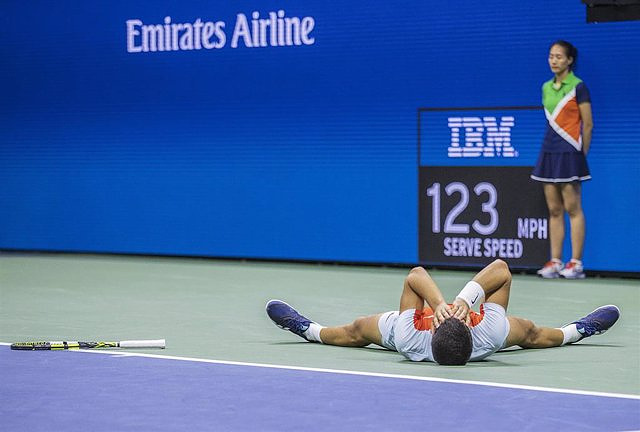 The Murcian tennis player Carlos Alcaraz became this Sunday, after winning the US Open, the fourth and last 'Grand Slam' of the season, the sixth Spanish player to rise to number one in the world.

The 19-year-old from El Palmar was crowned in Flushing Meadows after beating the Norwegian Casper Ruud and obtained the extra prize of occupying first place in the ATP world ranking as of Monday, being the youngest to achieve it since the classification was established and relieving the Australian Lleyton Hewitt in that privilege.

Alcaraz is the sixth player of the 'Armada' to become number one in the world, an honor that was held for the first time by a woman, in February 1995, the Catalan Arancha Sánchez-Vicario, who would be a total of 12 weeks, distributed in three periods.

After the winner of four 'Grand Slams', it was necessary to wait until 1999 to see the first male tennis player as the first player in the ranking. It was Carlos Moyà from the Balearic Islands, in March 1999 and his stay would be for just two weeks.

After the current coach of Rafa Nadal, he reached number one in the world, the one who now directs precisely Alcaraz's career. The Valencian Juan Carlos Ferrero would also be crowned at the US Open, in his case after reaching the final in 2003 in which he lost to the American Andy Roddick. The one from Onteniente remained on the world throne for eight consecutive weeks.

The next tennis player to achieve this honor would be the Balearic Rafa Nadal, who ascended to that position for the first time in August 2008. The one from Manacor has been the one who has managed to accumulate the longest 209 weeks as number one in the world, spread over eight periods , the last between November 2019 and February 2020.

Finally, the other tennis player who has also managed to be the first in the WTA world ranking was the Spanish-Venezuelan Garbiñe Muguruza, who was at the top of women's tennis in September 2017 and spent four weeks.