Carles Puyol: "If Piqué is one hundred percent there are few central defenders who can give their performance" 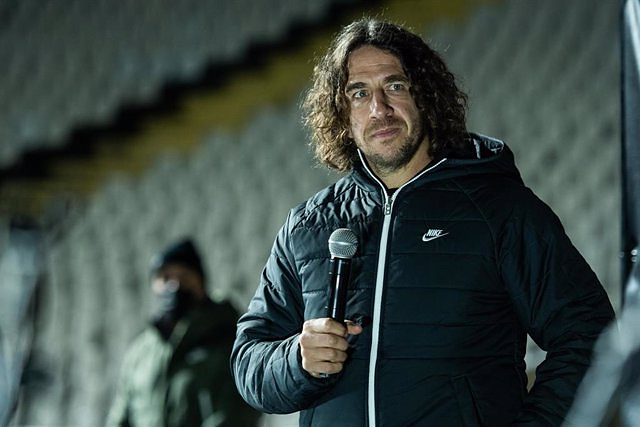 The ex-captain of FC Barcelona Carles Puyol showed his support for Gerard Piqué this Thursday and assured that "if he is one hundred percent there are few central defenders in the world who can give his performance" and that he is one of the "most competitive" players he has known.

Piqué faces a tough test this year to get important minutes from Xavi Hernández after the signing of Andreas Christensen and the more than likely Jules Koundé, in addition to the presence of the thriving Ronald Araújo and the international Eric García, but Puyol, with the who has a great friendship, does not doubt his ability.

"I have been lucky enough to share a dressing room with many players and Gerard is, without a doubt, one of the most competitive," stressed the former Barça player in a message on his official 'Instagram' account.

Puyol believes that Piqué "was one of the best last year", despite the fact that "he played many games with discomfort, forcing his physique to help the team". "If he is one hundred percent this coming season, there are few central defenders in the world who can give his performance," he warned.

The one from La Pobla de Segur, in any case, celebrated that FC Barcelona "is getting stronger". "This competition will make everyone have to give their best version, something very positive for the team," said the former culé captain.

‹ ›
Keywords:
Fútbol Club BarcelonaGerard Piqué
Your comment has been forwarded to the administrator for approval.×
Warning! Will constitute a criminal offense, illegal, threatening, offensive, insulting and swearing, derogatory, defamatory, vulgar, pornographic, indecent, personality rights, damaging or similar nature in the nature of all kinds of financial content, legal, criminal and administrative responsibility for the content of the sender member / members are belong.
Related News