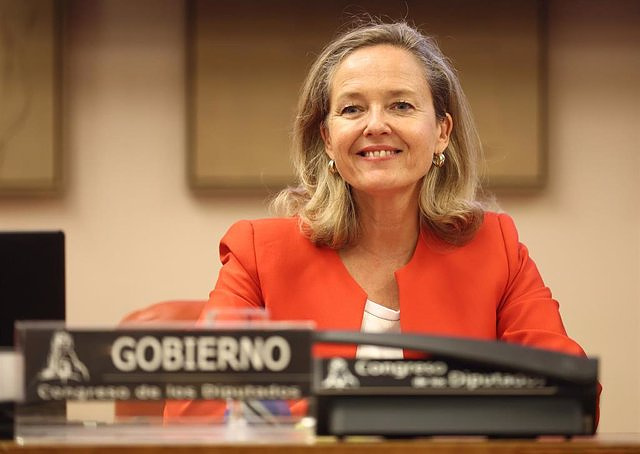 The Vice President of Economic Affairs and Digital Transformation, Nadia Calviño, assessed this Friday as "coherent" the decision of the European Central Bank (ECB) to raise interest rates by 75 basis points, up to 1.25%, while He has defended that Spain will continue to have "strong growth".

"It is (a decision) consistent with the situation of depreciation of the euro that we are experiencing these days," said the economic vice president to questions from journalists upon arrival at an informal meeting of European Ministers of Economy and Finance in Prague.

Calviño has pointed out that the ECB's announcement was "expected by the markets and expected by all" and that the ministers will now listen "carefully" to the explanations of the president of the ECB, Christine Lagarde.

"All forecasts point to the prospect of price reductions in the coming months and all organizations expect Spain to continue to have strong growth above the average of the OECD, the EU and the large countries of the eurozone", The vice president explained, when asked about the risk of recession for the bloc due to the increase in rates.

In this sense, Calviño has been convinced that the decision announced by the ECB's governing council the day before has been the result of a "detailed analysis of the situation" by the body.

‹ ›
Keywords:
BCENueva EconomíaNadia Calviño
Your comment has been forwarded to the administrator for approval.×
Warning! Will constitute a criminal offense, illegal, threatening, offensive, insulting and swearing, derogatory, defamatory, vulgar, pornographic, indecent, personality rights, damaging or similar nature in the nature of all kinds of financial content, legal, criminal and administrative responsibility for the content of the sender member / members are belong.
Related News