Calviño says that there is a change in trend with the labor reform, without denying a slowdown 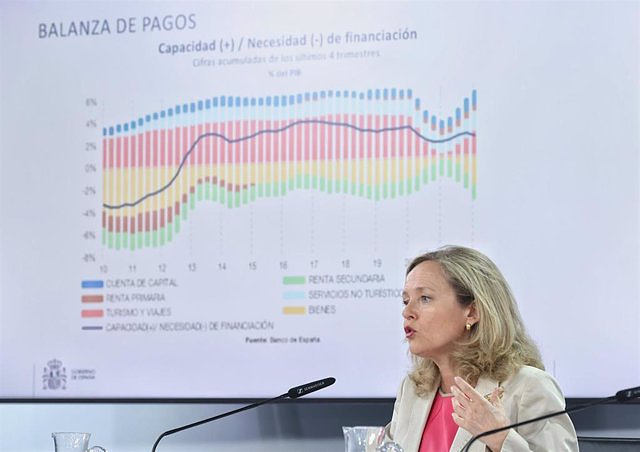 The Vice President of Economic Affairs and Digital Transformation, Nadia Calviño, stated this Tuesday, regarding the unemployment data corresponding to the month of July, that there is a change in trend with the labor reform, although she has recognized a slowdown in the labor market in the second part of the month.

"We have to see the trends of the labor market in a different way, although in the second part of July there is a slowdown in the labor market and therefore it is evident that there is greater uncertainty and less dynamism than until the middle of that month", has affirmed Calviño, in statements to Cadena Ser, collected by Europa Press.

In his opinion, what needs to be done is to stop seeing the monthly figures as was done before the labor reform and observe the background trends. "Since the beginning of the year there has been a structural change in the labor market, we are seeing a paradigm shift, with record numbers in the tourism sector between March and June", he stated.

"My only message is that the volatility in a specific month does not have to mislead us from the big figures," said Calviño, who has insisted on looking at the trend throughout the year and that Spain "continues to have a strong economy and favorable prospects.

"What we don't have to do is just look at the negative data, we have to look at both, not stay in a partial reading of reality," he added.

‹ ›
Keywords:
ParoNueva EconomíaNadia Calviño
Your comment has been forwarded to the administrator for approval.×
Warning! Will constitute a criminal offense, illegal, threatening, offensive, insulting and swearing, derogatory, defamatory, vulgar, pornographic, indecent, personality rights, damaging or similar nature in the nature of all kinds of financial content, legal, criminal and administrative responsibility for the content of the sender member / members are belong.
Related News