He defends that the measures are "much lighter and less intrusive" than those of other European countries such as Italy or Germany. 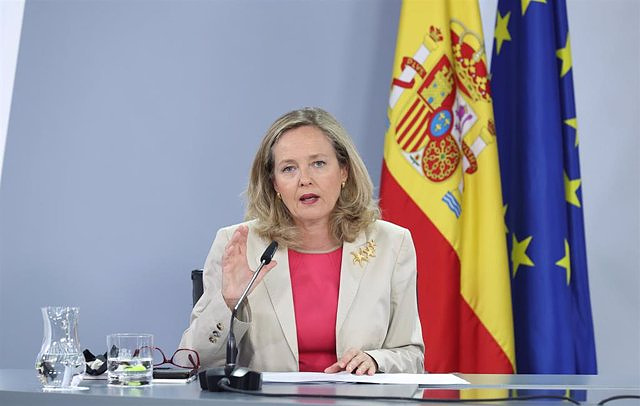 The First Vice President and Minister of Economic Affairs and Digital Transformation, Nadia Calviño, has criticized the "anti-European" and unsupportive statements of "some political representatives" about the energy saving plan approved by the Council of Ministers this week.

"The statements of some political representatives, which are anti-European, anti-solidarity and anti-unity, I think they are not going in the right direction and the citizens do not understand them," said the vice president in an interview on the program 'Al Rojo Vivo' on La Sexta, collected by Europa Press.

Faced with criticism from "some political representatives" such as the Community of Madrid, Calviño has defended this first package of measures approved by the Council of Ministers, which will be followed by another in September, with which the aim is "to have a stronger position against Putin and his energy blackmail".

In addition, he stressed that the package approved by the Spanish Government includes measures "much lighter, less intrusive and with less economic impact" than those of other European countries such as Italy or Germany.

Regarding the plan, the vice president has also defended that it contemplates the necessary exceptions in labor matters, complying with the protection of occupational risks. In other words, the regulations are adapted to the specific needs of workplaces, in full compliance with the occupational risk protection regulations, according to Calviño.

"Wherever possible, the logical thing is to have thermostats with a minimum of 19 degrees and a maximum of 27 degrees, which are comfortable temperatures in which the vast majority of us can work," he pointed out.

All in all, the vice president has ensured that Spain starts from a relatively favorable energy position, due to the fact that the country does not depend on Russian gas, there is diversification of supplies and there is storage capacity. "We can become a kind of gas distribution logistics center for the rest of Europe," said the vice president.

In addition, Calviño has assured that the competitiveness of the Spanish industry is benefiting from the measures that the Government has taken, such as the cap on gas or aid to the sectors most affected by the rise in prices.

"The average price of the Spanish wholesale market is three or four times below the wholesale price of France, Germany or Italy", highlighted the Minister of the Economy. For this reason, she has insisted that "it is time to put our shoulders to the wheel and show solidarity" with the rest of the European countries.

‹ ›
Keywords:
Eficiencia EnergéticaConsejo De MinistrosNueva EconomíaNadia Calviño
Your comment has been forwarded to the administrator for approval.×
Warning! Will constitute a criminal offense, illegal, threatening, offensive, insulting and swearing, derogatory, defamatory, vulgar, pornographic, indecent, personality rights, damaging or similar nature in the nature of all kinds of financial content, legal, criminal and administrative responsibility for the content of the sender member / members are belong.
Related News