It says that SMEs should not "maintain jobs in a fictitious way" with the ERTE. 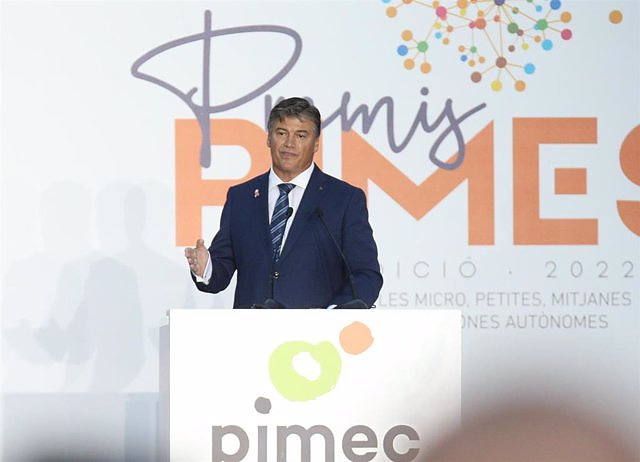 The president of Pimec, Antoni Cañete, has predicted restructuring and layoffs in companies when he returns from vacation, and has assured that the Temporary Employment Regulation Files (ERTE) will not be "sufficiently attractive for companies, they are too rigid".

In an interview in 'El Periódico' collected this Sunday by Europa Press, Cañete has defended that, although we must try to ensure that workers keep their jobs and a decent salary, we must "prioritize economic activity".

On the viability of the ERTE, he has ruled: "If we have to maintain jobs in a fictitious way, we are doing ourselves a disservice, both to companies and to the taxpayer. In the short term it can work, but it is bread for today and hungry for tomorrow.

Thus, according to Cañete, after the summer holidays, "a very large group of SMEs" will find that they have to return the ICO credits, with a loss of profit margins and with less demand, for which they will have to make proposals, in his words, to remain viable.

He has denied that SMEs have increased profits with the rise in the CPI, and defends that they have reduced their margins; He has assured that the labor reform creates a lack of "flexibility" when hiring and has indicated that the Generalitat must improve in terms of social dialogue.

In this sense, he has argued that companies would hire more if they had more flexible conditions: "We have to reverse the system. We cannot have 10% unemployment and there is a lack of people in restaurants, tourism, cleaning or other areas."

Asked if the problem is the salary that is received in these professions, he replied that they are agreed in an agreement: "If people do not go to work because they do not earn enough and prefer to remain unemployed... In the end it is a matter mathematics".