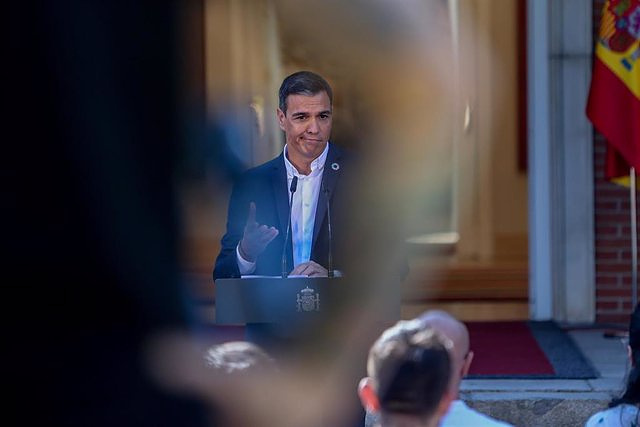 The European Commission has avoided this Tuesday supporting Spain in its defense of the MidCat gas pipeline project to link the Iberian Peninsula with the rest of the EU through the Pyrenees and has requested more data to assess the viability of the initiative, hours after that the President of France, Emmanuel Macron, flatly refused to relaunch this project.

"We cannot give a specific position at this time, it is necessary for the Member States and the promoters to advance in the analysis of the possibilities of viability of the project and then we will be in a position to give our opinion on a precise project", the spokesman has indicated. of Energy of the Community Executive, Tim McPhie, at a press conference in Brussels.

"Any additional cross-border infrastructure project linking the Iberian Peninsula with the rest of the European Union needs more evaluations from the countries involved and the promoters of the project, which is why the Commission cannot take a position," insisted the spokesman, who has reminded that MidCat is not part of the list of Projects of Common Interest (PIC).

‹ ›
Keywords:
BruselasComisión EuropeaUE
Your comment has been forwarded to the administrator for approval.×
Warning! Will constitute a criminal offense, illegal, threatening, offensive, insulting and swearing, derogatory, defamatory, vulgar, pornographic, indecent, personality rights, damaging or similar nature in the nature of all kinds of financial content, legal, criminal and administrative responsibility for the content of the sender member / members are belong.
Related News