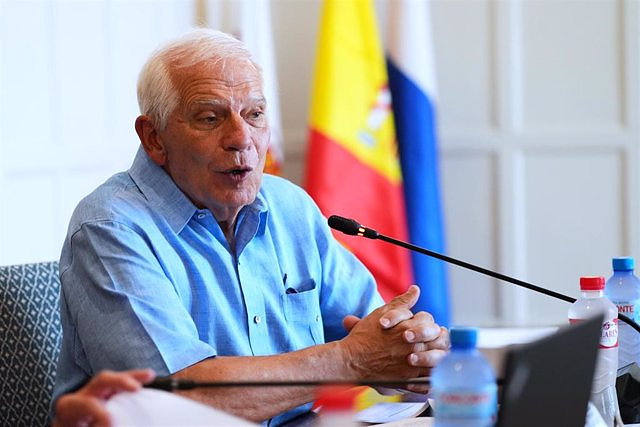 The highest diplomatic official of the European Union, Josep Borrell, reiterated this Saturday the immediate reactivation of the nuclear agreement between Iran and the international community after considering that there is no more time left to reach "new significant commitments".

"After 15 months of intense and constructive negotiations in Vienna", Borrell has reached the "conclusion" that neither Iran nor the international community will be able to obtain new additional advantages.

What is on the table right now, according to Borrell, "is not a perfect agreement, but it addresses all the essential elements and includes the agreements reached with great effort by all parties."

Borrell recalled that the so-called JPCOA is a limited instrument, which does not address other bilateral concerns of either Iran or the United States that go beyond the nuclear issue, such as human rights and Iran's regional activities.

However, the European diplomat recalled that the agreement is "a cornerstone of the global non-proliferation architecture" that can serve as a gateway for important economic and financial dividends, in addition to strengthening regional and global security."

"If the deal is rejected, we run the risk of a dangerous nuclear crisis, facing the prospect of further isolation for Iran and its people. It is our joint responsibility to conclude the deal," concludes Borrell.

‹ ›
Keywords:
IránUEJosep Borrell
Your comment has been forwarded to the administrator for approval.×
Warning! Will constitute a criminal offense, illegal, threatening, offensive, insulting and swearing, derogatory, defamatory, vulgar, pornographic, indecent, personality rights, damaging or similar nature in the nature of all kinds of financial content, legal, criminal and administrative responsibility for the content of the sender member / members are belong.
Related News