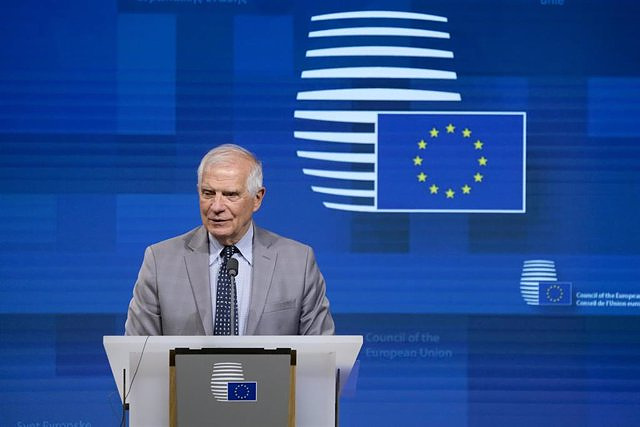 The High Representative of the European Union for Foreign Policy, Josep Borrell, has affirmed that the EU proposal to restore the Iranian nuclear agreement "does not expire" and will remain on the table, waiting for the United States and Iran to approach positions.

"There is a proposal from the coordinator on the table and this will remain on the table. I do not see a better solution than the proposal made and it is not something that is going to expire," he assured late Monday from New York where he participates in the United Nations General Assembly.

In any case, the head of European diplomacy has not been optimistic about possible advances this week, coinciding with the meeting at the United Nations in which representatives of all the countries participating in the nuclear pact meet.

"I don't expect anything to happen this week," Borrell acknowledged, to emphasize that the final document proposed by the EU, which acts as mediator, "is there" and now it is the turn of Washington and Tehran to approach the proposal.

As he said, during the month of July the negotiation process was converging but the positions have moved away again. Tehran asked weeks ago for "stronger guarantees" from Washington for the revival of the 2015 nuclear deal and for the International Atomic Energy Agency to focus "solely on its duties and responsibilities." Meanwhile, the United States has rejected these requests, calling the response "unconstructive" and has assured that it will formulate its own response.

In this sense, the High Representative has admitted that the final agreement to revitalize the pact "was close" and has insisted that "the next few days and weeks" remain within reach if the parties advance their positions.

The diplomatic process sponsored by the EU seeks to restore an agreement that, although it is still in force, is badly damaged after the United States unilaterally withdrew during the Donald Trump period, and Iran breached the agreed limits on its nuclear activity. .

For the EU, the proposal put on the table by Borrell on August 8 is a final document that the participants in the nuclear agreement must sign or reject, after a 17-month process of talks, mainly in Vienna, to ensure that the United States return to the Iranian nuclear deal.

‹ ›
Keywords:
Estados UnidosIránUEJosep Borrell
Your comment has been forwarded to the administrator for approval.×
Warning! Will constitute a criminal offense, illegal, threatening, offensive, insulting and swearing, derogatory, defamatory, vulgar, pornographic, indecent, personality rights, damaging or similar nature in the nature of all kinds of financial content, legal, criminal and administrative responsibility for the content of the sender member / members are belong.
Related News