Boric highlights the "historic" nature of the plebiscite: "They are watching us from all over the world" 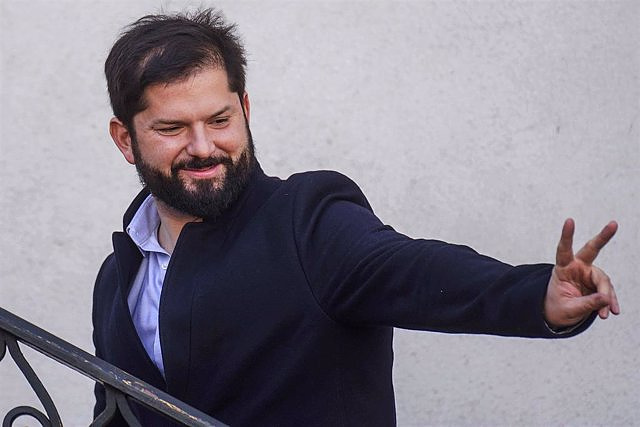 The Chilean president, Gabriel Boric, highlighted, after casting his vote, the "historic" nature of the constitutional referendum that is being held this Sunday in Chile and warned that "they are watching us from all over the world."

"Know that this historic moment will surely remain in our memory for a long time. They are watching us, from all over the world, let us exercise our right and duty to write our history, responsibly, calmly and with great joy and pride", Boric stated after casting his vote at the Armando Quezada Acharán Industrial School in the city of Punta Arenas.

Boric has appeared at a press conference after the vote and has referred to the uncertainty in the polls about the approval of the constitutional project. "We are building a country in unity and that, regardless of the result, the role that I am going to play as President of the Republic and in which we are going to start together with all of you is to meet as a country, to advance in justice, equality, in greater development and growth for all", he pointed out.

"It is very important that each and every one of us, regardless of our choice, feel very proud, because in the difficult times we are going through as a country, we have taken a path to resolve our differences and move forward with more democracy, and that is something that has to make us rejoice. of patriotic pride, of national pride", he added.

Boric has arrived on foot at the polling station accompanied by his little brother, Simón, his father and his partner, Irina Karamanos. In the street he has stopped to greet supporters.

The former Chilean president and the former UN High Commissioner for Human Rights, Michelle Bachelet, who has exercised her right in Geneva, Switzerland, have also cast their vote.

"Whatever the result of this process (...) let us be able to sit down and talk without exasperation, calmly, to dialogue, understanding that we have differences," he pointed out. "We have to have a legal framework that truly allows equality for all", she added.

The first voting data abroad, still insignificant, point to an advantage of 'approval'. In Japan, 120 Chileans (67.42 percent) have supported the new constitution, compared to 58 votes of 'rejection' (32.58 percent), reports the newspaper 'El Mercurio'.