Bolaños recalls that the PSOE-M has to hold primaries, but assures that Maroto is "what Madrid needs" 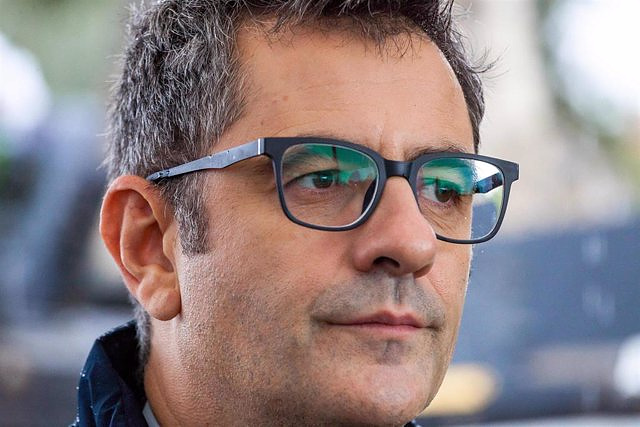 The Minister of the Presidency, Relations with the Courts and Democratic Memory, Felix Bolaños, recalled this Monday that the PSOE in Madrid has to hold a primary process to elect its candidate for Mayor of Madrid, although he has assured that the Minister of Industry, Reyes Maroto, is "what the city needs".

The head of Industry will be the PSOE candidate for mayor of Madrid, as socialist sources have confirmed to Europa Press, who will face the 'popular' José Luis Martínez Almeida in the race for the Madrid City Council in the next municipal elections in May of 2023.

In an interview on Cadena Ser, collected by Europa Press, the head of the Presidency has conveyed that Maroto's intention is to present himself to that party's primary process and that it is "good news for the people of Madrid".

"She is an extraordinary, hard-working woman, a little ant of politics, of solving people's problems, that is, exactly what Madrid needs, a mayor who takes care of the people of Madrid and not the commission agents," Bolaños stressed.

In this sense, he has stated that he has no doubt that the Minister of Industry will gather "a lot of support" among the militancy and people with "responsible tasks" will enter the party because "Reyes is an extraordinary candidate."

"She is an extraordinary candidate, she is a fantastic minister who has the recognition of the entire sector and of all the part that she has been managing during the time she has been minister," she added.

‹ ›
Keywords:
PSOEReyes Maroto
Your comment has been forwarded to the administrator for approval.×
Warning! Will constitute a criminal offense, illegal, threatening, offensive, insulting and swearing, derogatory, defamatory, vulgar, pornographic, indecent, personality rights, damaging or similar nature in the nature of all kinds of financial content, legal, criminal and administrative responsibility for the content of the sender member / members are belong.
Related News