He points out that the Socialists are willing to do everything possible to make this alliance possible. 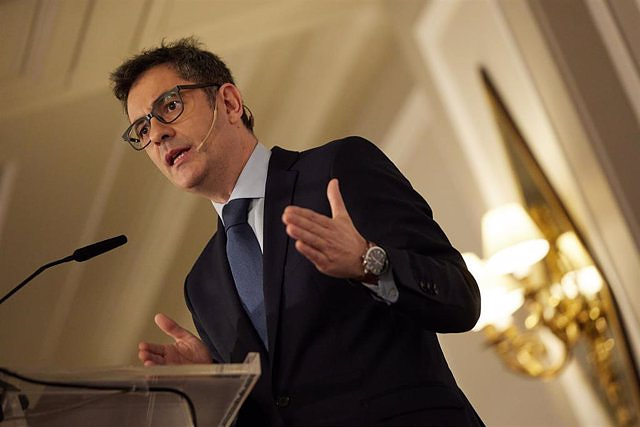 The Minister of the Presidency, Félix Bolaños, has requested that the second vice president, Yolanda Díaz, and Podemos reach an agreement so that in the next general elections there will be a single candidacy to the left of the PSOE.

He has even explained that from his ranks they are willing to do "everything they can in that line" so that this alliance between the two bears fruit.

During his speech in the framework of the Europa Press Information Breakfasts, he indicated that in the progressive space outside the Socialists it is important that there be "clear references" and that there finally be a "single proposal" for the next electoral cycle.

He has also highlighted that he has the "best opinion" of the also head of Labor, to whom he wishes "all the luck" in the project that he is beginning to deploy, in reference to his Sumar platform.

Asked if he is in favor of a pact between Díaz and Podemos, which has not yet been defined, Bolaños has indicated that he does not cultivate this militancy and prefers "not to enter" this internal debate between the organizations.

However, he immediately reiterated that the understanding between the different progressive sectors is "the best option" and that it would be good if the vice president and the purple formation, which is an important party, "understood" to offer the Spanish a " unique alternative".

On the other hand, he has claimed that the PSOE is going to win both the general elections and the next elections in May, and has predicted that the head of Industry and candidate for the Madrid City Council, Reyes Maroto, will be the next mayoress of the capital, given that the people of Madrid deserve a councilor who looks out for the citizens and not for the commission agents.

‹ ›
Keywords:
PSOEPodemosYolanda DíazFélix Bolaños
Your comment has been forwarded to the administrator for approval.×
Warning! Will constitute a criminal offense, illegal, threatening, offensive, insulting and swearing, derogatory, defamatory, vulgar, pornographic, indecent, personality rights, damaging or similar nature in the nature of all kinds of financial content, legal, criminal and administrative responsibility for the content of the sender member / members are belong.
Related News