Bolaños believes, after the Diada, that Catalonia is "turning the page on divisive projects" that fracture society 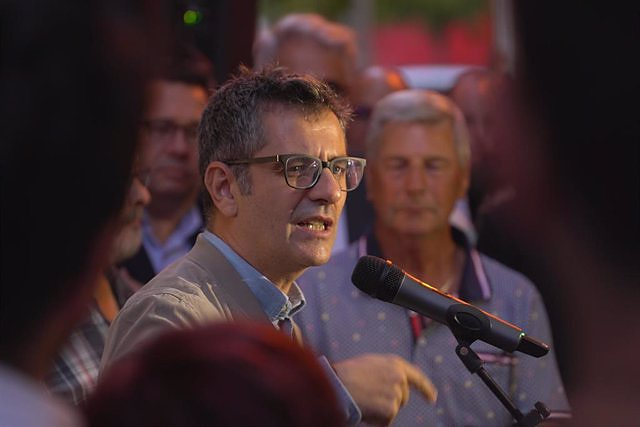 The Minister of the Presidency, Relations with the Courts and Democratic Memory, expressed this Monday that Catalonia is "turning the page" on what he has described as "divisive projects" that fracture society, in reference to the independence process.

Bolaños has expressed himself in this way when asked about the balance of this act, in which around 150,000 people have participated - a figure much lower than that of past editions, without taking into account those affected by the pandemic - and which has been marked by the division between the two main pro-independence forces, ERC and Junts, who are also partners in the Catalan government.

"I think that Catalonia is turning the page on divisive projects that fracture society and lead to unbearable tension" like the one experienced in the year "2017", the minister said in statements to TVE, collected by Europa Press.

In addition, he has indicated that the Catalans are betting on dialogue -- "with greater clarity", he has pointed out, and on shared, broad and transversal solutions that respond to people with different sensitivities. "That is the future of Catalonia," she added.

Bolaños, who has been the minister in charge of managing relations with the Generalitat and who has met on several occasions with his counterpart Laura Vilagrà, has maintained that everything that happens in Catalonia in the coming years will go through dialogue, broad solutions and "a government that works."

‹ ›
Keywords:
Diada De Catalunya
Your comment has been forwarded to the administrator for approval.×
Warning! Will constitute a criminal offense, illegal, threatening, offensive, insulting and swearing, derogatory, defamatory, vulgar, pornographic, indecent, personality rights, damaging or similar nature in the nature of all kinds of financial content, legal, criminal and administrative responsibility for the content of the sender member / members are belong.
Related News