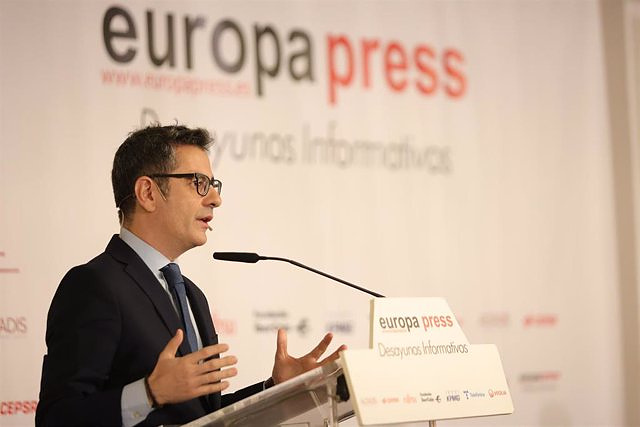 The Minister of the Presidency, Félix Bolaños, announced today that the Defense Minister, Margarita Robles, will explain this morning "in full detail" Spain's decision to send battle tanks to Ukraine after the announcement already made by the United States , Germany and other allies. "Spain has international commitments", she has pointed out and added that "it would not be understood that we were in another place".

This is how he explained it in the Europa Press Information Breakfasts, where he referred to this matter to specify that Spain is going to make decisions hand in hand with its partners in the European Union and NATO, since the action in Ukraine "is shared" and decisions will be made in that context. In fact, she has called on all countries for "unity".

As for the ERC spokesman's request that the proposal to send tanks go through Congress, after assuring that he is against it, Félix Bolaños recalled that Spain has "international commitments and is where it should be".

"It would not be understood that we were in another place," he exclaimed while stressing that it is in this context that Spain must make decisions. Although he has admitted that all opinions "are legitimate" in reference to Ruffian's refusal to send battle tanks.

When asked again whether or not the decision should pass through Parliament, Bolaños stressed that this decision "is part of the NATO umbrella", which is widely supported by the country and Congress.

‹ ›
Keywords:
AlemaniaEstados UnidosUcraniaMargarita RoblesFélix Bolaños
Your comment has been forwarded to the administrator for approval.×
Warning! Will constitute a criminal offense, illegal, threatening, offensive, insulting and swearing, derogatory, defamatory, vulgar, pornographic, indecent, personality rights, damaging or similar nature in the nature of all kinds of financial content, legal, criminal and administrative responsibility for the content of the sender member / members are belong.
Related News