Bodiroga: "The time has come to take the Euroleague to the next level after 22 years of growth" 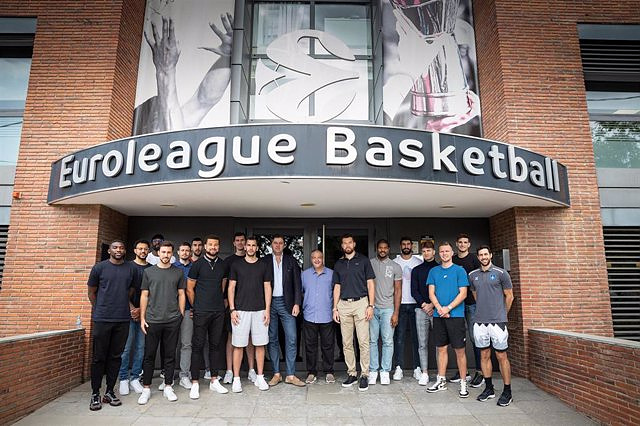 The new president of the Euroleague, Dejan Bodiroga, recognized the growth of the competition after 22 years, although "the time has come to take it to the next level", for which he highlighted the work of the players, the "protagonists of the game" and with whom they will work to "raise" their profiles "in and out" of the field.

"After 22 years in which we have seen this league grow, the time has come to take it to the next level. This is a new beginning, and you are a fundamental piece in the future evolution of the competition", explained the former Serbian player this Tuesday in Barcelona during the Annual Meeting with the ELPA Player Representatives.

The event brought together the executives of the Euroleague Basketball and the protagonists of the 18 clubs around the numerous initiatives that are being carried out to improve the dynamism and the community profile of the continent's top competition during the next 2022 season. 2. 3.

"The players are the true protagonists of the game and we will continue to work to raise your profile, on and off the pitch. I want to wish you and all your teammates a healthy and successful season," added the president, who replaced Jordi Bertomeu as president for less than a week in office.

Joining Bodiroga was CEO Marshall Glickman, opening Tuesday's meeting with a discussion of ways to work to improve the EuroLeague's position, boost basketball's place in the entertainment market, and make a positive impact yet. greater in the communities, all with the active participation and influence of the players.

"The voice of the players should be the most important. This is a League of players. That's what people pay for, to see them, and not just play. They want to see and feel some connection and that's really important, "added Glickman. .

For his part, the Valencia Basket shooting guard Martin Herrmannsson praised the competition. "All basketball players in Europe want to play in the EuroLeague, so we have to understand the situation we are in. We are blessed and happy to be in this situation and we have to take advantage of that opportunity," he concluded.