Moscow assures that Washington sanctions "complicate" the export of food from Ukrainian ports. 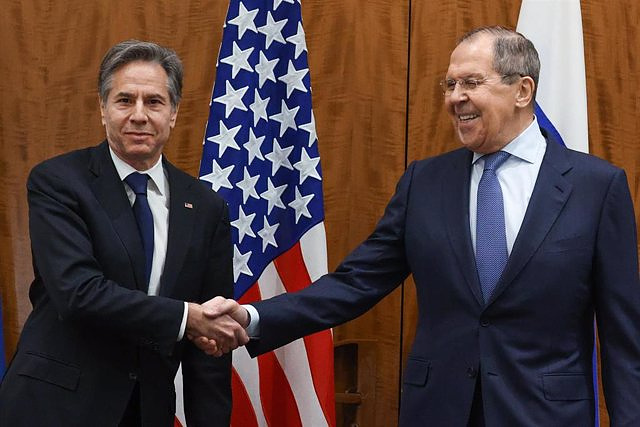 The Secretary of State of the United States, Antony Blinken, and the Minister of Foreign Affairs of Russia, Sergei Lavrov, have had a "frank and direct" conversation on Friday about the exchange of Russian and American prisoners.

The United States announced on Wednesday that it had made a proposal to Russia for the exchange of WNBA basketball player Brittney Griner and former Marine Paul Whelan. In exchange, Russia would receive arms dealer Viktor Bout, according to CNN reports.

"I have pressed the Kremlin to accept the substantial proposal we presented on the release of Paul Whelan and Brittney Griner," Blinken said of the call with Lavrov, which marks the first contact between the two officials since the start of the war in Ukraine.

However, the Secretary of State has not specified what Lavrov's reaction has been, nor has he expressed his expectation that the exchange can finally take place. "I can't give an assessment of whether I think things are more or less likely," he has said.

On the other hand, the highest representatives of Russian and US diplomacy have also addressed the agreement for the export of cereals from Ukrainian ports, reached a week ago by Russia and Ukraine, with the mediation of Turkey and the United Nations.

Regarding this matter, Blinken has urged his Russian counterpart to guarantee that the agreement is finally implemented, since, according to Ukraine, there are already ships loaded with wheat waiting to sail through the waters of the Black Sea and cross the Bosphorus.

At this point, the Russian minister has remarked that everything related to food exports "is complicated" due to the sanctions that the United States has imposed on Russia in response to the war in Ukraine.

According to Lavrov, Washington is not keeping its word to exempt the food supply from sanctions, according to the Russian Foreign Ministry and the TASS news agency.