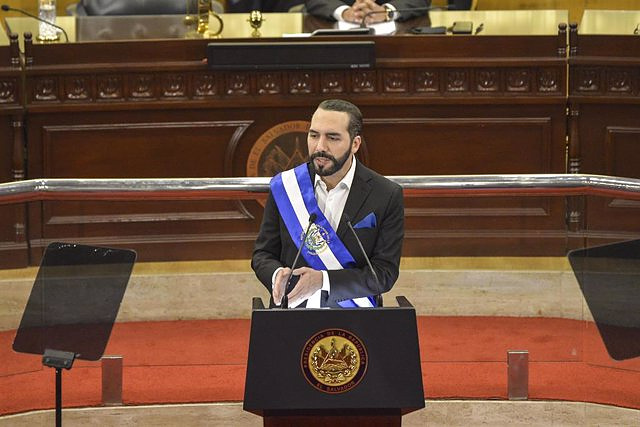 Bitcoin turns one year old this Wednesday as the current currency of El Salvador, a bet headed by Salvadoran President Nayib Bukele with the aim of attracting foreign investment but which, however, has suffered a devaluation of more than 50% during the reference period. , which has sown doubts and the rejection of international organizations such as the International Monetary Fund (IMF).

Bukele then defended the measure to achieve a reduction in the costs of sending remittances for millions of Salvadorans working abroad or even an opportunity to protect developing economies from possible impacts on inflation.

The president estimated the savings in commissions for salvadorans for receiving remittances from outside the country at 400 million dollars (340 million euros). Likewise, he estimated the market that revolved around cryptocurrency at 600,000 million dollars, which was synonymous with investment opportunities in the Central American country.

To promote the digital currency, the Government announced the launch of the 'Chivo' digital wallet, synonymous with 'cool' in the Central American country. In fact, to encourage the use of cryptocurrency among salvadorans, the Bukele Administration offered $30 in bitcoin to any citizen who opened an account on the platform.

In addition, the Executive installed hundreds of bitcoin ATMs to convert the digital currency into US dollars and be able to withdraw them in cash.

The measures to promote the cryptocurrency did not remain only in Chivo, since President Bukele announced in November last year the creation of the 'Bitcoin City', a city whose only tax would be a 10% VAT to finance the services of this and construction tasks.

The city would work with renewable energy powered by the Conchagua volcano, according to Nayib Bukele, and would initially be financed by bitcoin bonds, which in the president's opinion represented a clear commitment to technology.

Added to these initiatives were plans to issue the world's first sovereign bonds in bitcoin by 2022.

Despite the government's enthusiasm for this measure, the IMF has repeatedly warned of the risks associated with it and its impact on the country's financial integrity and stability, even recommending eliminating cryptocurrency as an official currency.

The IMF has stressed several times the danger of considering cryptocurrency as an official currency for market integrity and consumer protection, in addition to being able to cause contingent tax liabilities.

Other alerts by credit agencies have been added to the IMF's warnings. In June, S.

The Government has debt maturities worth about 800 million dollars (807 million euros) in January of next year.

The warnings about the country's financial situation are added to those of other agencies such as Moody's, which also lowered the country's rating to 'Caa3', with a 'negative' outlook, accusing a greater risk of non-payment or 'default' in maturities of early 2023.

‹ ›
Keywords:
El SalvadorBitcoinFMI
Your comment has been forwarded to the administrator for approval.×
Warning! Will constitute a criminal offense, illegal, threatening, offensive, insulting and swearing, derogatory, defamatory, vulgar, pornographic, indecent, personality rights, damaging or similar nature in the nature of all kinds of financial content, legal, criminal and administrative responsibility for the content of the sender member / members are belong.
Related News