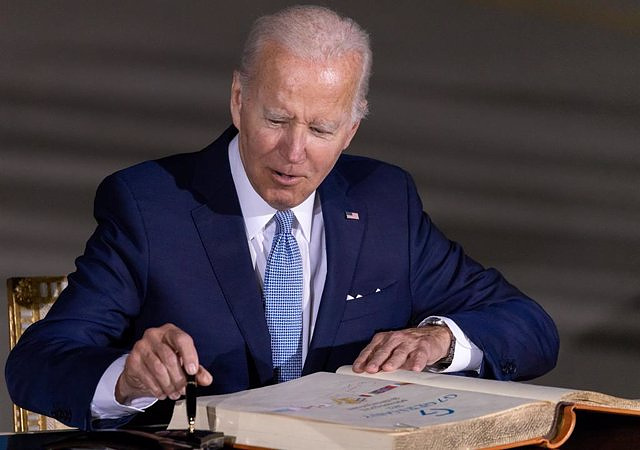 US President Joe Biden signed new legislation on Tuesday that provides for an increase in investment in semiconductors and scientific research in order to increase the competitiveness of the United States compared to other major international powers.

The bill, formally known as the 'CHIPS and Science Act,' was passed by Congress -- the Senate and the House of Representatives -- in late July, after more than a year of work by the Administration and multiple iterations of legislation.

"We are better positioned than any other nation in the world to win the economic competition of the 21st century," said President Biden, who has called the bill "a unique investment in generations in the United States," according to 'The Hill '.

Likewise, the president has been convinced that the measure will promote the creation of good jobs, employ workers and grow the economy to, together, propel the United States towards industrial leadership in the future.

The White House has presented this legislation as a solution to supply chain challenges highlighted by the coronavirus pandemic, during which global shortages of semiconductors caused production delays in automobiles and electronics.

With the bill, Washington seeks to increase the domestic production of semiconductors in the long term to reduce the dependence of the United States on those foreign suppliers. Supporters of the proposal also believe it will help the country compete directly with China, which has its own chip market.

"The United States must lead the world in the production of these advanced chips. This law will do exactly that", has tenant of the White House.