The US president has asked for union in the Democratic party to take social policies. 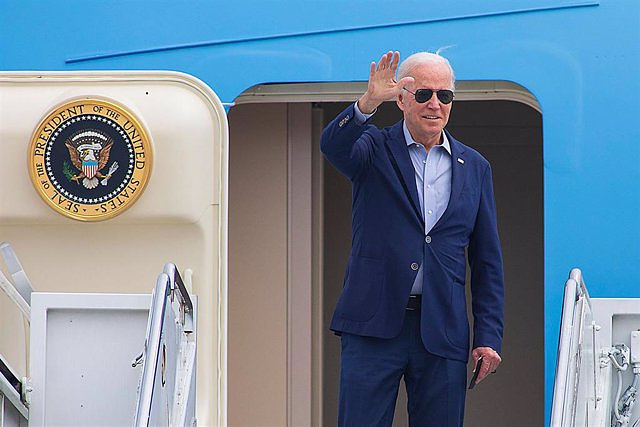 The president of the United States, Joe Biden, has affirmed that the United States has decided to help Ukraine despite the costs it is having on Western countries in economic terms, referring to the increase in the price of gasoline, oil and foods.

Biden commented at the Democratic National Committee reception held this Saturday in Los Angeles that he is "trying to figure out" how to get "the tons of food" that can't get out and that threatens a global food crisis.

Despite the attempts that the US president has explained, he has warned of the economic situation: "We are going to live with this inflation for a while. It will gradually come down, but we have to live with it."

Biden has explained that he wants to take measures to deal with the economic situation in the country, as well as to improve the conditions of the lower-middle classes. However, he has acknowledged that the division in the Democratic Party makes it difficult for him.

"Look at what is happening with weapons now," said the president, who referred to the country's legislation on the possession of weapons. "It's not just these mass shootings in our schools and the like. There is mass shooting in the streets of black and minority communities every day," he said in his speech at the Democratic party convention.

Likewise, Biden has lamented the number of attacks with weapons in the United States: "More people die with their own weapon at home when trying to stop a thief than for any other reason. For this reason, the Democratic politician believes that more training is needed to get a gun.

The president has asked that the United States not return "to the Trump era." "I have never been as optimistic about the United States as I am today," said Biden, who has argued that the current generation of young Americans "is the most educated in US history, the most open, the one with the least prejudice." , has added.

‹ ›
Keywords:
UcraniaEstados UnidosJoe Biden
Your comment has been forwarded to the administrator for approval.×
Warning! Will constitute a criminal offense, illegal, threatening, offensive, insulting and swearing, derogatory, defamatory, vulgar, pornographic, indecent, personality rights, damaging or similar nature in the nature of all kinds of financial content, legal, criminal and administrative responsibility for the content of the sender member / members are belong.
Related News