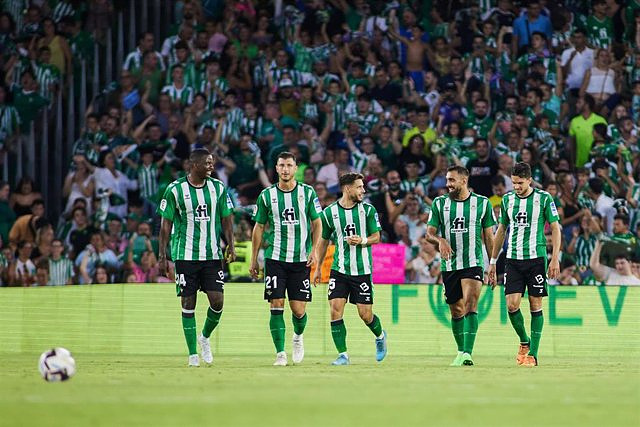 Real Betis kicks off this Monday at the Benito Villamarín against Elche (9:30 p.m.) an exciting season after last season crowned by winning the Copa del Rey and returning to Europe, while Athletic Club, with Ernesto Valverde for the third Once at the helm of the rojiblanco bench, he hosts RCD Mallorca at home (5:30 p.m.).

Those of Manuel Pellegrini, who finished the campaign fifth and who will also participate in the Spanish Super Cup in Saudi Arabia, will march through the fields of the Old Continent again after doing so in the 2021-22 academic year. In his third year with the Verdiblanco team, the Chilean coach will seek to fight with the 'rest' for fourth place in LaLiga Santander.

With the only and outstanding march of the side Héctor Bellerín and after retaining Álex Moreno, the Betis team starts with problems to make an eleven of guarantees; Sergio Canales and the Senegalese Youssouf Sabaly are ruled out due to muscular discomfort, and Martín Montoya will also be out due to an ankle injury.

In addition, six players remain to be registered, the brand new signings Luiz Felipe and Luiz Henrique and Claudio Bravo, Willian José, Joaquín and Andrés Guardado, and none of them will be in Monday's game, like Marc Bartra, on his way to Turkey to sign for the Trabzonspor.

Meanwhile, Elche, in the year of its centenary, hopes to consecrate itself in LaLiga Santander and start the season in the best way in a stadium where it managed to win last season (0-1) and where it put its permanence in the First Division on track.

The team from Elche, which has been strengthened with the addition of Roger Martí, Pol Lirola and Carlos Clerc, will not be able to count on the injured Gonzalo Verdú and Lucas Boyé in its debut and will have doubts about the injured Javier Pastore and Raúl Guti, an inconvenience which Francisco Rodríguez will have to face.

In San Mamés, Athletic Club begins its third stage against the saved Mallorca with Ernesto Valverde as coach in search of greater heights and looking to Europe. After the elections that elevated Jon Uriarte, the 'Txingurri' returned 'home' with the aim of making the team grow.

The injured Julen Agirrezabala, who will force the international Unai Simón to train under the sticks despite the fact that he has just recovered from a shoulder injury, will miss the appointment, which Iñigo Martínez, wanted this summer by FC Barcelona, ​​might not make it to and with discomfort in the patellar tendon, and Mikel Balenziaga.

The Bilbao team will be entrusted to the Williams brothers, Iñaki and Nico, against Javier Aguirre's Mallorca, exultant after saving the category last year on the last day. Serbian Pedrag Rajkovic and central defender José Copete are the only new additions to a team that will try to have less trouble this season.

The 'Vasco', who advanced the ownership of four footballers -Rajkovic, Grenier, Kang in Lee and Copete-, will have to make up for the absences of the injured Iñigo Ruiz de Galarreta, Dominik Greif, Ángel Rodríguez and Amath Ndiaye.

‹ ›
Keywords:
MallorcaElcheCopa Del ReyBetis
Your comment has been forwarded to the administrator for approval.×
Warning! Will constitute a criminal offense, illegal, threatening, offensive, insulting and swearing, derogatory, defamatory, vulgar, pornographic, indecent, personality rights, damaging or similar nature in the nature of all kinds of financial content, legal, criminal and administrative responsibility for the content of the sender member / members are belong.
Related News