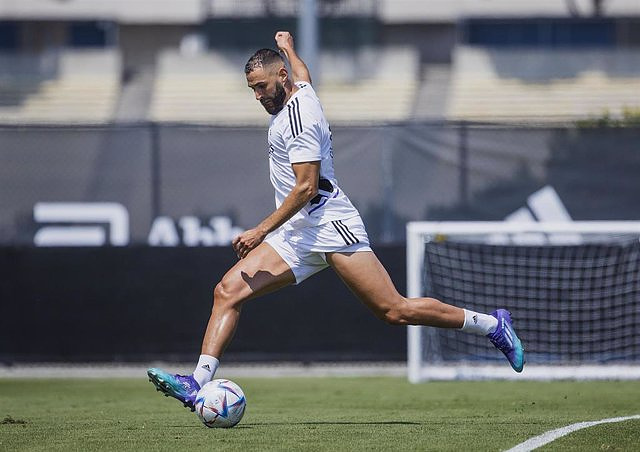 Real Madrid striker Karim Benzema has assured that "there is no age" to be a good footballer and that players like Luka Modric and him, although "not" are "young", continue to "work hard" to be "at a high level" .

"There is no age. We are not young, but the body is there and we work hard in all aspects, we rest well and we have the ability to have a high level. Hopefully the squad is better than last year", he declared in the press conference prior to the European Super Cup final against Eintracht Frankfurt.

On the possibility of winning the Ballon d'Or this year, he confessed that "it's not" in his "head". "The important thing is the team, the individual things come later. Hopefully I can win more things," he said. "I don't say if I'm the best or not, but every year I try to give my best at the best club in the world. Every year I have to raise the level. I had a very good season, it should be the people who say if I'm the best of the world or not," he said.

"It is true that after Cristiano left I have scored many more goals. My job was more as an assistant. I knew that I could give more and when he left I saw that it was my moment," he said, before talking about his newly released captaincy . "I was 21 years old when I came to this club, and I only thought about winning the 'Champions' and succeeding. Now that I am captain I feel very happy, but nothing changes. What changes is that I am the first captain. I want to help my teammates to succeed," he continued.

Finally, he recalled the last 'Champions' and showed his desire to start the year in the best way. "The road was very difficult and very good, each match was a battle. Tomorrow a dream can come true. We come from a very good preseason and we are going to try to win this match. We are going to give everything on the field", he concluded.