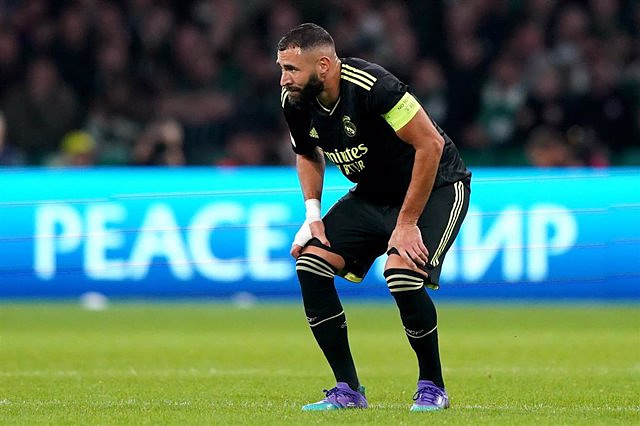 Real Madrid striker Karim Benzema suffers an injury to the semitendinosus muscle and an overload in the quadriceps of his right thigh, ruling out a serious problem in his right knee, after the footballer had to be substituted in this Champions League match Tuesday against Celtic, as reported by the white club in a statement on Wednesday.

"After the tests carried out on our player Karim Benzema by the Real Madrid Medical Services, he has been diagnosed with an injury to the semitendinosus muscle and an overload on the quadriceps, both in the right thigh. Pending evolution," the Chamartín entity reported. .

The Frenchman left Celtic Park in the 30th minute of the duel against the Scottish team, after testing himself on the pitch for several minutes, with a slight limp and touching his right knee. Now, the medical tests rule out a serious injury to the meniscus, the biggest concern for the Madrid team.

Without clarifying the terms of his return to the pitch, Benzema would be ruled out for the duels against Mallorca, in the League, and Leipzig in the Champions League, with the derby against Atlético next Sunday, September 18 (9:00 p.m.).