Bendodo (PP): "No Spaniard woke up today thinking that the CPGJ has not been renewed, but they are worried about the IPC" 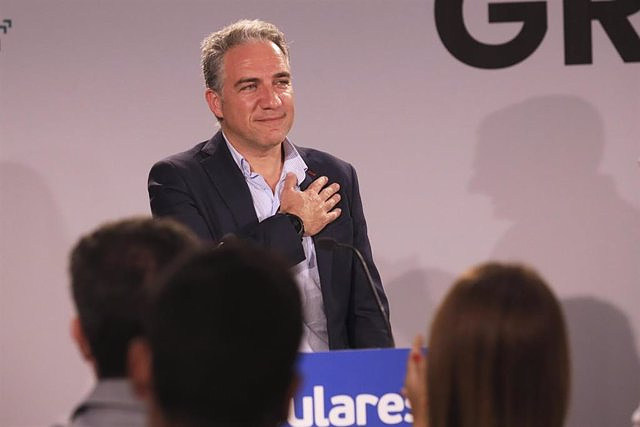 The general coordinator of the PP, Elías Bendodo, has indicated this Friday, in relation to the renewal of the General Council of the Judiciary (CPGJ), that "no Spaniard has gotten up today" thinking about this matter, but they have done so worried because of the rise in the CPI and because of the high inflation.

This is how the 'number three' of the PP has pronounced in an interview on Onda Cero, collected by Europa Press, about the negotiation between the PSOE and the 'popular' for the renewal of the CGPJ and if the resignation of the TC magistrate Alfredo Montoya can help understanding between both parties.

In this context, Bendodo has assured that "the priorities of the Government do not coincide with the priorities of the Spaniards", emphasizing that, from his point of view and "with all due respect", "no Spaniard has woken up today thinking that they have not yet They have renewed the Judiciary, but they are concerned with the CPI so high and inflation that is not capable of being stopped".

In any case, the 'popular' leader has shown his "outstretched hand" to the Government, emphasizing that Esteban González Pons is in charge of the PP in handling this matter, but believes that the Government "does the paripé and does not want to reach any agreement ".

Precisely, Bendodo has also shown his "concern" about the latest movements in Justice, especially in the State Attorney General's Office that coincide with the Supreme Court ruling that confirms the conviction of Chaves and Griñán.

Here, the 'popular' leader has warned of possible pardons by the Government if they finally end up in jail: "The Executive has the capacity and Sánchez has shown that eight does not matter to him than eighty."

"The PP is going to oppose it, Spanish society will express an absolute rejection, pardoning its former president of the PSOE convicted of an issue that is the biggest case of corruption in the history of Spain," Bendodo proclaimed.