He says that the PP calls for "reflection" to open the debate on "if the prerogatives of the Government must be limited" to pardon. 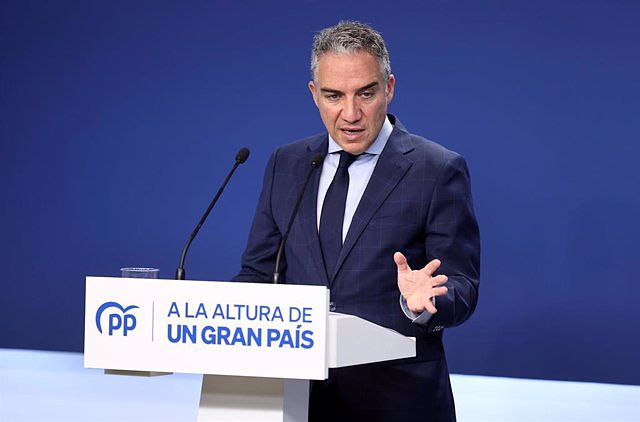 The general coordinator of the PP, Elías Bendodo, has demanded this Wednesday "transparency" from the Government of Pedro Sánchez to clarify whether he is going to pardon the former socialist president José Antonio Griñán, and has asked Podemos if he agrees or not with the concession of that measure of grace after the sentence for the case of the ERE.

Despite the fact that the Minister of Justice, Pilar Llop, has assured that the file has not yet been opened to process the petition presented by Griñán's family, the PP leader has insisted that his party wants to know if the Executive is going to pardon him and that is why he has asked for explanations both in Congress and in the Senate.

Bendodo believes that the government is following the steps it has already taken with those convicted of the 'procés' because it first denied that it would pardon them, but then "paved the way" for that pardon and, in the end, ended up granting it. To his understanding, everything indicates that the Executive is now going to follow the same path with the former president of the Junta de Andalucía.

"Simply that the Government tell us what it is going to do because we are not talking about anything. We are talking about the biggest case of corruption in the history of Spain," he proclaimed, adding that 700 euros of the Andalusian unemployed were dedicated to "hiring buddies" in "YOU ARE fraudulent" and "expenses in matters not edifying".

The general coordinator of the PP has said he understands that Griñán's family is asking for a pardon. "We understand the situation of the family and it does not seem to us that anyone goes to jail for this circumstance because it is a complex situation but the sentences are there to be fulfilled," he said.

After assuring that "the prerogatives that the Government has must also have their limits", he stated that this debate is not new because "from time to time" it opens up to the discussion on whether those Government prerogatives should be limited with respect to the concession of pardons. "From the outset, let's not put the cart before the oxen. We are going to wait for the government to pronounce itself," he concluded.

‹ ›
Keywords:
Pedro SánchezEREPodemosPPIndultos
Your comment has been forwarded to the administrator for approval.×
Warning! Will constitute a criminal offense, illegal, threatening, offensive, insulting and swearing, derogatory, defamatory, vulgar, pornographic, indecent, personality rights, damaging or similar nature in the nature of all kinds of financial content, legal, criminal and administrative responsibility for the content of the sender member / members are belong.
Related News