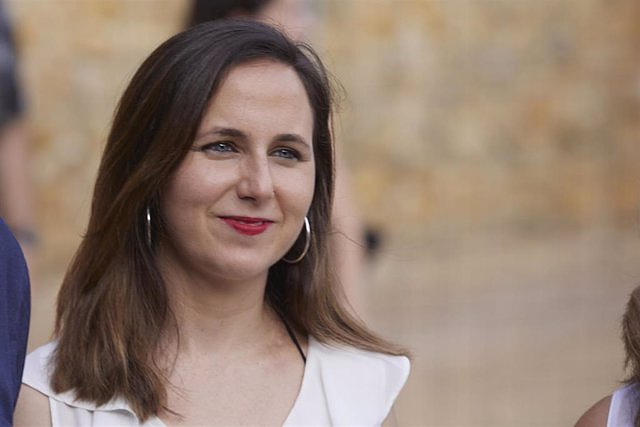 The Minister of Social Rights and the 2030 Agenda, Ione Belarra, warned her government partners on Monday that the General State Budgets (PGE) will be more difficult to approve if defense spending increases and has assured that she does not give up convincing to its government partners because it is an "external imposition" that does not respond to the interests of Spain.

The minister expressed herself in these terms in an interview on TVE, collected by Europa Press, in which she emphasized that she aspires to convince the socialist bloc as they already did with the rise in the minimum wage or with the cap on the price of gas. "They can understand it," she pointed out.

"It is clear that we are part of two political forces that are quite different, with different interests, and I think it is essential that from Podemos we manage to convince the government partner that Spain does not need more combat aircraft and we need to invest in conciliation, dependency, in the fight against sexist violence and in all the important things that have been postponed", the minister emphasized.

Of course, he has assured that the coalition is focused on carrying out this budget project, at the same time that he has asserted that the Executive and the parliamentary majority that supports him "provides great stability to the country."

In this key, Belarra hopes that "that turn to the left that the PSOE exemplified" last July with the announcement of measures in the Debate on the State of the Nation will materialize in facts. Specifically, the minister has pointed to a greater investment in dependency or conciliation, matters that she, in her words, "cannot wait any longer".

In his opinion, it is necessary to continue attending to "what is urgent", but he has also asked for courage to work on what is "important" and has stressed that the Government "can aspire to more". "We are aware that there are many people in the country who cannot wait any longer," he concluded.

‹ ›
Keywords:
Presupuestos GeneralesPSOEIone Belarra
Your comment has been forwarded to the administrator for approval.×
Warning! Will constitute a criminal offense, illegal, threatening, offensive, insulting and swearing, derogatory, defamatory, vulgar, pornographic, indecent, personality rights, damaging or similar nature in the nature of all kinds of financial content, legal, criminal and administrative responsibility for the content of the sender member / members are belong.
Related News