BBVA obtained an attributable profit of 3,001 million euros in the first half of this year, which represents an increase of 59. 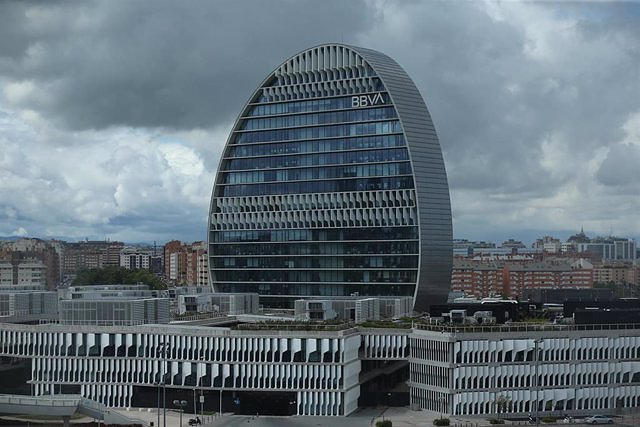 BBVA obtained an attributable profit of 3,001 million euros in the first half of this year, which represents an increase of 59.3% year-on-year in constant euros and 57.1% in current euros, thanks to the dynamism of income, driven due to growth in activity (12.6%), adequate management of expenses in a context of high inflation and lower provisions.

Excluding the net impact of -201 million euros from the purchase of offices in Spain from Merlin, the recurring profit amounted to 3,203 million euros (40.8% in constant euros, 37.6% in current euros), as reported by this Friday the entity.

In the second quarter of the year, profit amounted to 1,675 million euros.

"In the second quarter of 2022, we have obtained solid results, thanks to the positive evolution of income, driven by the growth of the activity, and the good behavior of the risk indicators", highlighted the CEO of BBVA, Onur Genc.

"These results allow us to accelerate the creation of value for our shareholders and to be the most efficient bank and one of the most profitable in European banking. We have accompanied our clients with an increase in credit in all geographies, which has gone from less to more in the last year, until reaching double-digit rates", he underlined.

The interest margin reached 8,551 million euros between January and June, which represents a year-on-year increase of 26.5%, driven by the strong increase in activity.

By areas, the good performance of Mexico, Turkey and South America offset the stability of this heading in Spain.

Net fees and commissions increased by 17.8%, to 2,650 million euros, with a positive path in the main geographies, thanks again to greater activity.

As a whole, the recurring income of the banking business (net interest income and commissions) registered a rise of 24.3%, to 11,201 million euros, while the result of financial operations (ROF) registered a year-on-year increase of 5.5% , up to 1,095 million euros, mainly due to the contribution of the Global Markets unit in Spain and Turkey.

The other operating income and expenses line accumulated a negative result of 787 million euros as of June 30, 2022, mainly conditioned by the adjustment for inflation in Turkey from January 1, 2022.

The gross margin, for its part, grew by 15.8% to 11,509 million euros and expenses increased at a rate (12%) below inflation, which reached an average of 13.1% in developing countries. which BBVA carries out its activity, while the net margin reached the figure of 6,456 million euros in the first six months of the year, 19% more than a year ago.

Impairment lines for financial assets and provisions and other results registered falls of 9.1% and 57.1%, respectively, compared to the first half of 2021.

Likewise, the accumulated cost of risk remained at the same level as in the first quarter, at 0.81%, evolving "better than expected", while the default rate fell from 3.9% to 3.7 %, and the coverage rate improved from 76% to 78%.

By markets, Mexico, which accounts for 53% of the result, achieved a profit of 1,821 million euros, which represents an increase of 48.3% compared to the first half of 2021, while in Spain, excluding the net impact of the purchase of offices from Merlin, amounted to 1,010 million euros.

Turkey, for its part, generated an attributable result of 62 million euros between January and June 2022, a figure that includes the impact of the application of hyperinflation accounting from January 1.

BBVA has also highlighted that it continues to be "one of the most profitable banks in Europe", with ROE and ROTE of 14.1% and 14.8%, respectively, while continuing to create shareholder value. The tangible value per share plus dividends stood at 7.5 euros, which represents a year-on-year increase of 18.4%.

Regarding the evolution of activity, the bank highlights the "strong" growth of credit, which "has been accelerating quarter by quarter", reaching 12.6% year-on-year at the end of June 2022.

This ratio includes the effect of the corporate operations carried out during the second quarter (the voluntary takeover bid for Garanti BBVA and the acquisition from Merlin of 662 offices leased to BBVA), with a combined impact of -30 basis points on CET1.

In the first half of 2022, BBVA has highlighted that it reached a record number of customer acquisitions: 5.3 million, of which 55% accessed the bank through digital channels (compared to 6% captured digitally five years ago).

‹ ›
Keywords:
BBVA
Your comment has been forwarded to the administrator for approval.×
Warning! Will constitute a criminal offense, illegal, threatening, offensive, insulting and swearing, derogatory, defamatory, vulgar, pornographic, indecent, personality rights, damaging or similar nature in the nature of all kinds of financial content, legal, criminal and administrative responsibility for the content of the sender member / members are belong.
Related News