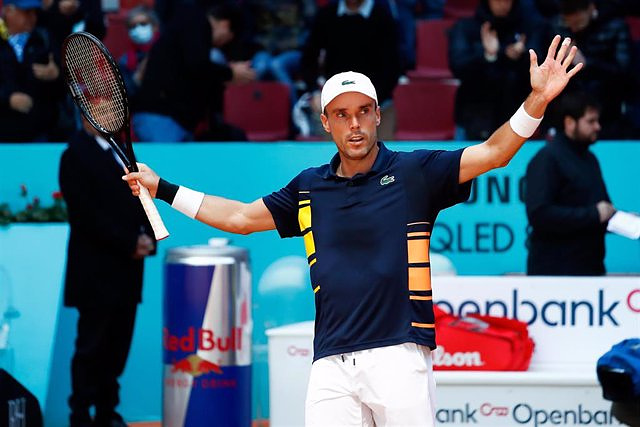 The Spanish tennis player Roberto Bautista defeated the Austrian Filip Misolic with authority (6-2, 6-2) this Saturday to lift the Kitzbuhel tournament (Austria), in the ATP 250 category and played on clay, the eleventh title of his record and second in 2022.

The man from Castellón, who was playing his third final this season -on three different surfaces-, did not give the local tennis player's dream an option. Misolic, 20, had the best week of his young career, but in the final he hardly had a chance to fight back.

Bautista saved the three 'break' balls that his rival had and the rest was much more forceful, with two breaks in the first set. Well into the mission, the Spaniard repeated attack and defense at the same time, in another resounding 6-2.

The 34-year-old from Castellón and champion this year in Doha, will rise to number 18 in the world, from 20, next Monday, with a title in Kitzbuhel that is the eleventh of his career and the second on land, after Stuttgart 2014 .

‹ ›
Keywords:
Austria
Your comment has been forwarded to the administrator for approval.×
Warning! Will constitute a criminal offense, illegal, threatening, offensive, insulting and swearing, derogatory, defamatory, vulgar, pornographic, indecent, personality rights, damaging or similar nature in the nature of all kinds of financial content, legal, criminal and administrative responsibility for the content of the sender member / members are belong.
Related News