Barça seeks to reaffirm its league debut in Europe

Barça seeks to reaffirm its league debut in Europe. 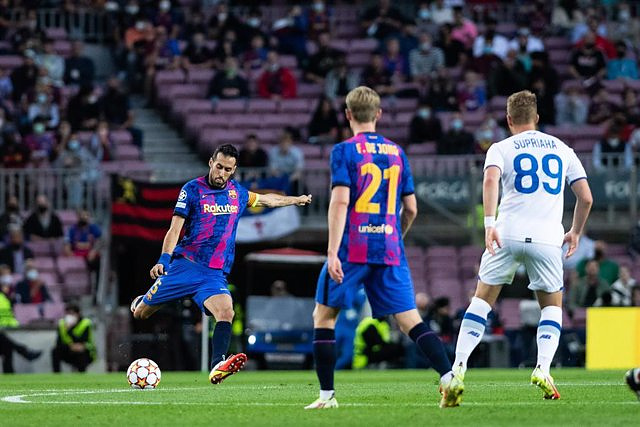 Barça seeks to reaffirm its league debut in Europe

Xavi's men receive Viktoria Plzen, the theoretical 'Cinderella' of the group, on the first day

FC Barcelona begins this Wednesday at the Camp Nou (9:00 p.m./Movistar Champions League) its new journey in the Champions League against the Czech Viktoria Plzen, in the first day of the group stage in which the Barça team will try to reaffirm its promising course debut in Europe.

Life at Can Barça has changed in a matter of months. Gone is his banishment to the Europa League last year, where the team - at that time Ronald Koeman - was overtaken in the Champions League group stage by Bayern and Benfica. A disappointment that peaked against Eintracht in the quarterfinals of the second continental competition, which meant a huge change in the Barça plan.

Now, Xavi Hernández's men have exchanged disappointment for excessive optimism due to the current revolutionary squad, with seven important additions in the summer market, which have given wings to a team that is unstoppable right now. A premiere within reach of what was expected in which Barça has exhibited its potential at the hands of Robert Lewandowski, a benchmark in attack since his promising arrival.

The Pole, with five goals in four games, has become the leader of an attack that has multiple variants. At the moment, Xavi seems to have found in Ousmane Dembélé and Raphinha his two luxury companions in a dream attack. Something unimaginable in preseason, where both seemed to dispute the right wing, although the Brazilian's self-confidence since his arrival and the Frenchman's assists have served to establish himself in the eleven in the last two days.

However, the cruising speed of the Barça team, with three wins and a draw in four days, and the tight schedule could lead to the first start of Ansu Fati, who is still on lead feet in his preparation for the World Cup despite demonstrate its gunpowder as a revulsive.

Together with him, Ferran Torres could accompany him, still in search of his best version since his arrival in Barcelona last winter, or Memphis Depay himself, once focused on the sports field after relating him all summer with his departure to Juventus. .

In midfield, the Ivorian Franck Kessié or the Dutch Frenkie de Jong win integers to rest a vital Gavi in ​​the Barça scheme for Xavi Hernández, so they could accompany the immovable Sergio Busquets and Pedri. Something similar to the defensive rear, where Gerard Piqué points to eleven ahead of Ronald Araujo and Jordi Alba could also return. Héctor Bellerín and Marcos Alonso are not ready yet.

For its part, Viktoria, who complete a complex group with Bayern Munich and Inter Milan, will try to surprise one of the contenders for the European title. And it will do so after overcoming up to three previous qualifiers and with a renewed squad in which they have incorporated up to 14 players this summer.

Coach Michal Bilek faces his third season in charge in a campaign where the Czechs return to the group stage after four years and in which they will base their options on the balance from midfield, with attacking midfielder Pavel Bucha, along with Lukas Kalvach.

Wingers Jhon Mosquera and Jan Sykora, along with center forward Thomas Chory, will be the Czech team's main threats in front of the rival goal, although in recent months they have lost their main threat Beaguel, who scored 19 goals last season.