Barça increases its salary limit to 656 million, although LaLiga sees "impossible" that it can maintain it 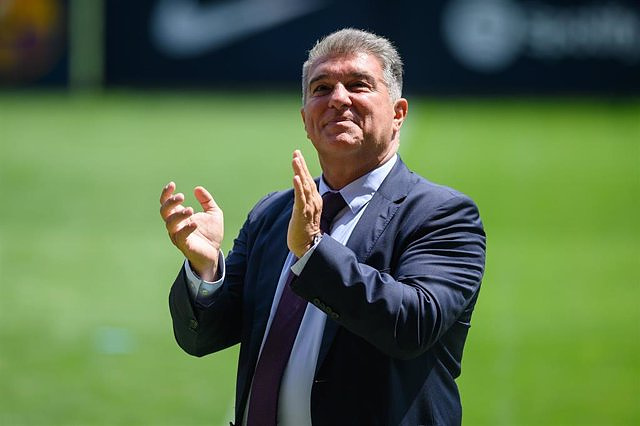 Real Madrid continues to be the LaLiga Santander team that can spend the most on wages, up to a maximum of 683.4 million euros, in this 2022-23 season, ahead of a FC Barcelona that has experienced a great recovery compared to the last season -thanks to the 'levers' and regularizations- and its sports staff cost limit (LCPD) stands at 656.4 million, and Atlético, third in the table with 341 million.

According to data published by the employers, LaLiga Santander clubs will be able to spend a total of 3,052 million euros this season, which represents an increase of 34 percent compared to last season -774.8 million more-. In addition, the competition has increased its activity volumes in this summer transfer market -513 million in purchases and 463 in sales-, in relation to the last two summer windows, although still below the last year before COVID.

Regarding LaLiga Smartbank and the sports squad cost limits (LCPD) of its clubs and SAD's, Granada leads the 'classification' with 29 million, followed by Leganés (19.5), with a total in the competition of 210 million , 33 million less than last season, a decrease of 14 percent.

As a most outstanding situation, FC Barcelona started with a negative 27 million in the month of May, but the sales of assets worth "700 million" have allowed it to exponentially recover that figure, increasing its wage bill to 656, 4 million, after having revenues worth 683.8 million this summer.

After the presentation of the results and responding to the media, the president of LaLiga, Javier Tebas, addressed the improvement in this LCDP in the Barça team, insisting that, in his case, he has occupied those 656 million limit. "He has to reduce the wage bill, next year there will be no levers and he will have to reduce to what corresponds to him, about 400 million. The current limit is difficult or impossible for him to maintain next year," he said.

Tebas stressed that "there has been no wide open" with the club chaired by Joan Laporta, adding that "it has submitted to the rules." "Even its president and treasurer have had to put an endorsement, there has been nothing extraordinary," he said.

"FC Barcelona has not been at risk of bankruptcy, it has a high wage bill, but it has sufficient assets. If it does not control the wage bill, it could be at risk of bankruptcy in the future," he explained about a future situation for Barça, that, according to Tebas, he will not carry out more 'levers', but "they will go to reduce the salary mass", although they are "club decisions".

From LaLiga, its Corporate General Director, Javier Gómez, delved into this matter and wanted to make it clear that, as can be seen from the club's accounts, which can be accessed "in seven clicks on its page", its debt is 875 million euros as of June 30. "I have heard 1,300, the president of PSG said 1,800 and tomorrow they will say 2,500," he quipped.

"It is not necessary to go into whether or not (Barça) should be sanctioned. It has sold 700 million assets, it has been put in order. We came out of a pandemic in which the clubs have lost money. While economic control is adjusted, there is no concern, there is employment. There is no concern for the future of Spanish football", commented Tebas.

While the current champion of LaLiga Santander, the employers highlighted that they have "too much wage bill" -despite a decrease of more than 40 million compared to last year-, Tebas wanted FC Barcelona to have a "unique" summer, because He hopes that "it will not happen again", and he can reduce his wage bill. In addition, he did not want to interpret the situation of Antonine Griezmann, on loan at Atlético from Barça, and the controversy regarding his return to the Barça club if he does not meet a series of sporting requirements of his contract.

"We do not interpret clauses in contracts, the parties have submitted to an arbitration court and that court will resolve them. These are club and player issues, I cannot give my opinion, contracts must be respected," he said, before confirming that the cost of the future signing at the end of the assignment has not been included in this exercise.

Javier Tebas spent a large part of his speeches addressing the Premier model, supported by "patron clubs". "It is supported by multimillion-dollar contributions from shareholders, very similar to what happens with the 'state clubs'. It is not the model that is followed in Spain, Germany and, in the future, in UEFA," he argued.

"We have done an in-depth study of the Premier and what is happening must be corrected, the market is inflating, it is going to an unsustainable market," he added, referring to a study prepared by the employer's association according to which the Premier exceeds more than 1,000 million the net result of LaLiga Santander (250) in the period from 16-17 to 20-21.

The leader thus criticized the "checkbook" model of English football today. "They have 20 times more negative balance than the Bundesliga and LaLiga. There are a lot of checkbooks and a lot of checkbooks from club owners who contribute year after year," he pointed out.

"No one disputes that the Premier's business figures are almost double ours. But it has bought more than 2,000 million worth. It can only be possible with the shareholders' checkbook. They are different models. The Spanish model protects the big clubs, Real Madrid and Barcelona, ​​if we open the tap to large groups or sheikhs, they would be the most affected," he explained.