Barça expresses its "indignation" at the "interested" leak of Messi's demands

The published files detail the privileges that the Argentine striker imposed to renew his contract with the Barça club. 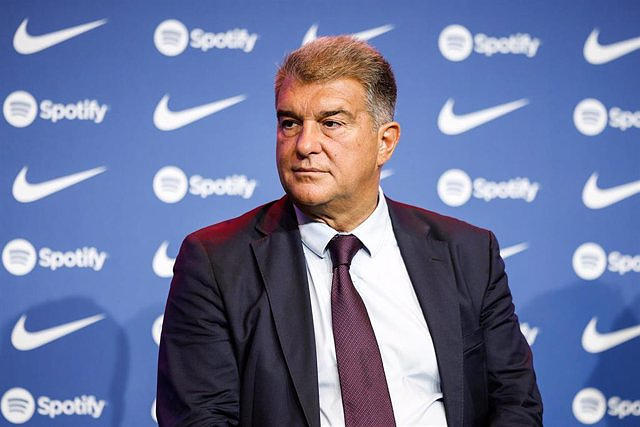 FC Barcelona expressed this Wednesday its "indignation" at the "interested" leak of the files published in this Wednesday's edition of the newspaper El Mundo, which details the numerous demands that the Argentine striker Leo Messi imposed to renew his last contract with the azulgrana team.

"In relation to the information published today in 'El Mundo', under the title 'BarçaLeaks, the club's secret files, part 1, the club also regrets that the outlet boasts of having had 'access to a huge amount of documentation and emails emails that are in the possession of the Barçagate investigation when this information and documentation have not yet been shared with the parties," Barça said in a statement.

In this line, the Catalan entity recalled that the article makes public documents that "have nothing to do with the investigation of the case" and their use "undermines the reputation and confidentiality" of the club. For this reason, the legal services "are already studying the appropriate measures to undertake" with the aim of "protecting" the rights of FC Barcelona.

According to information published by El Mundo, Argentine forward Leo Messi imposed a series of conditions to continue at Barça such as economic bonuses, the reduction of his termination clause to a symbolic figure of 10,000 euros or tickets on a private plane to travel to Argentina with his family, the then president of FC Barcelona Josep Maria Bartomeu.

El Mundo made known several of the demands of Rosario and his environment, after having been able to access the 'emails' and documents of the negotiation. According to the newspaper, the father of the player and representative came to write in an 'email' to the 'Family office Leo Messi', the office that manages the sports and economic career of Rosario, that the club had to be forced to feel " the weight of the sword on his head.

Among his conditions to renew for three years, "with the possibility of a unilateral extension" by the Argentine, he demanded, at an economic level, to recover the cuts due to the COVID pandemic in the following years with 3 percent interest, a bonus of 10 million euros for signing the contract, to be paid after the end of the season, or to be able to leave the club whenever he wanted through a symbolic payment of 10,000 euros, when his termination was set at 700 million.

Messi made other types of requests such as that his family and that of Uruguayan striker Luis Suárez have a private box at the Camp Nou or have a private plane flight for the whole family to Argentina at Christmas. Also the renewal of Pep Costa, personal friend of Rosario, and a commitment to pay the commissions pending payment of Rodrigo Messi, brother of the striker.

‹ ›
Keywords:
MessiArgentinaFútbol Club Barcelona
Your comment has been forwarded to the administrator for approval.×
Warning! Will constitute a criminal offense, illegal, threatening, offensive, insulting and swearing, derogatory, defamatory, vulgar, pornographic, indecent, personality rights, damaging or similar nature in the nature of all kinds of financial content, legal, criminal and administrative responsibility for the content of the sender member / members are belong.
Related News