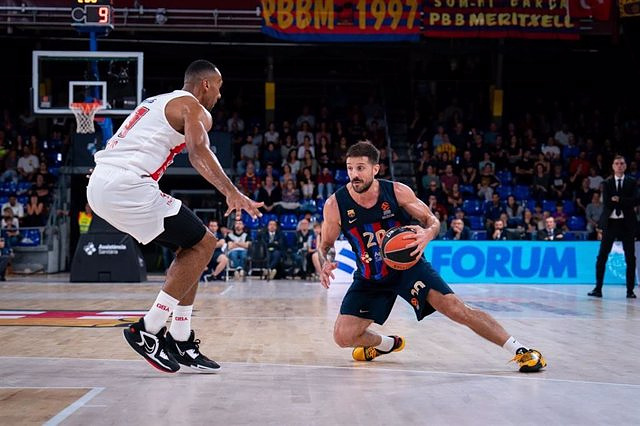 Barça started the Euroleague season with a defeat this Friday in a bad game (70-80) against Olympiacos on the first day held at the Palau Blaugrana, a performance that taught a team to do and far from the level that is required of them. a contender for the title.

Sarunas Jasikevicius's team extended a bad start to the campaign, after defeats to Real Madrid in the Super Cup and Gran Canaria in the Endesa League debut. Three defeats in four games and an image that does not invite optimism in the culé fan, with a renewed team that is not working at the moment and that next week has a Clásico against Real Madrid.

Olympiacos, present in the last 'Final Four' like Barça, remained constant in the match and with much clearer ideas. Sparks from Laprovittola, Higgins and Kalinic did not hit the team of 'Saras', without arguments in attack or defense that in the previous two years has been a hallmark for the Lithuanian.

Without a lighthouse like Mirotic, injured in the Achilles tendon, Barça faded, despite a good start to the third quarter. A Larentzakis plugged in like never before, with four triples in the last quarter, sentenced a Barça that was in tow for much of the match. Vezenkov (20 points), a former culé, was also decisive.

The team 'Saras' was entangled from the beginning in the losses, also eaten in intensity by the visitors. Sanli and Jokubaitis gave some air, but the Greeks' ball ran much faster than the locals'. Without a good defence, Barça found themselves chasing shadows, scoring well at Olympicacos (25-30).

The culé team went only once to the free throw line in the first half but chose to seek the outside shot after the restart, with better passes and more success. Laprovittola and Abrines plugged in but that reaction did not continue, with Georgios Bartzokas' team taking command again (49-57).

With 10 minutes to play, Barça managed to get closer with Higgins and a Palau that knew how to squeeze but, while Olympiacos did not get nervous, Larentzakis appeared as a surprise guest. The Greek made his 12 points in that last act and sentenced a Barça that will have to improve a lot to fight for the coveted Euroleague.