Barato (Asaja): "I don't think there is a shortage, but there is a very large increase in almost everything"

Calls on the Government to lower the tax burden on the agricultural sector. 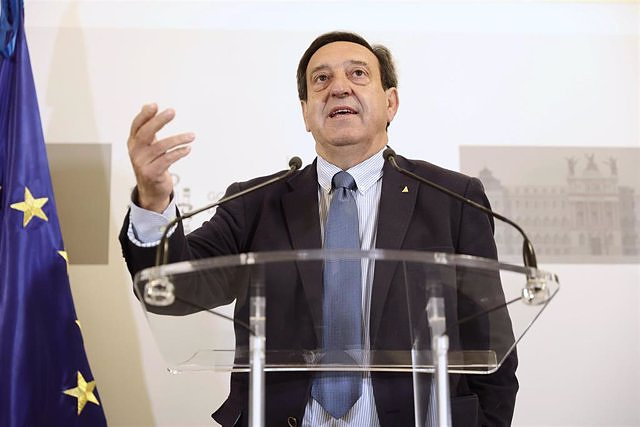 The president of Asaja, Pedro Barato, has warned that there will be no food shortages, but there will be a "very large increase" in many products due to the high prices of energy, raw materials, as well as the impact of the drought in the agrarian sector.

"I don't think there is a shortage, but there is a very large increase in almost everything, because this is totally out of control and with production costs that have not been seen for a long time, causing a dramatic situation in the agricultural sector, to which is added the drought", assured Barato during his speech on the program 'Mas de uno' on Onda Cero, which is collected by Europa Press.

The drought adds to the serious problems that the agricultural sector is experiencing, since the cereal harvest has fallen by 30%, the sunflower harvest has been 50% lower and the harvest in several areas has had to be brought forward due to the high temperatures .

"The cereal campaign is just around the corner, we have the harvest there with very important reductions and there is also the olive grove campaign. You have to plan things, this is not a business that is programmed by the computer," he said. indicated.

Cheap has not hesitated to criticize the government's actions. "Nothing has been done. The saddest thing is that the Ministry for Ecological Transition is going against hydraulic works, irrigation, wealth and is doing absolutely nothing," he lamented, recalling that " where there is water there are no problems".

On how to solve this situation, Barato has pointed out that it would be achieved with a Common Agricultural Policy (CAP) in Europe that "is not a policy of not producing, with limitations on fertilizers, enphytosanitary products, on livestock, on the environment." "A policy where production is encouraged and so many obstacles are not put in place," he stressed.

Barato has indicated that in Spain works have been carried out that "are very good", but there is a lack of "hydraulic policy that supports" the country to solve the problems of the drought, for which he has asked that irrigation be modernized using European funds for it.

Regarding the Podemos proposal to impose a tax on supermarkets, Barato has stated that it is a "very populist measure". "What we have to do is lower taxes. I'm not about to put more taxes, but to lower them. The Government has been asked to lower the tax issue for the agricultural sector," he stressed.

Asked if he fears that the primary sector will be one of the first affected by the possible cuts that take place in September, Barato has pointed out that the "cuts have already come in a very dramatic way for the primary sector."

"The labor reform goes against the primary sector. We are the first who want workers to have a decent wage, but we also want a decent price," he indicated.

‹ ›
Keywords:
SequíaEPAgro
Your comment has been forwarded to the administrator for approval.×
Warning! Will constitute a criminal offense, illegal, threatening, offensive, insulting and swearing, derogatory, defamatory, vulgar, pornographic, indecent, personality rights, damaging or similar nature in the nature of all kinds of financial content, legal, criminal and administrative responsibility for the content of the sender member / members are belong.
Related News