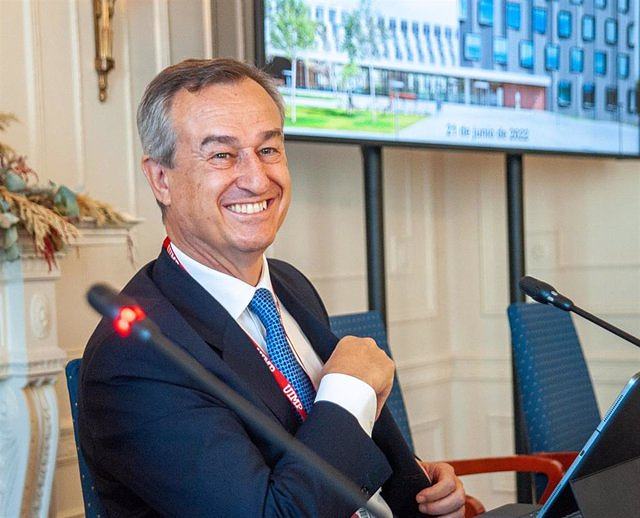 The CEO of Banco Sabadell, César González-Bueno, asked this Monday during the annual meeting of advisory councils that the banking tax be temporary and that it not "distort competition".

"It is unexpected, nobody likes to pay more taxes. And if it happens, finally, what we ask is that it be temporary and that it not distort competition," González-Bueno stressed during his speech.

In addition, he recalled that the entity already paid last year in taxes around 800 million euros against a net profit of 530 million euros, since banks have a higher tax burden than other companies, in addition to other charges. additional.

"It cannot be said that Banco Sabadell has not paid well," he stressed. González-Bueno thus joins other executives in the sector such as the president of BBVA, Carlos Torres, who warned last week that this tax could be "counterproductive" because it will slow down the Spanish economy due to the vital role of the sector.

On the other hand, the CEO of the entity has highlighted the "radical" turn of the bank in just a year and a half, starting from a "fantastic franchise".

"The transformation is proceeding at full speed. Financial results have improved every quarter for the last six, and have given analysts and investors enormous confidence. Going forward we expect more tailwinds than headwinds, and all in all, a lot of confidence." of Banco Sabadell looking forward", he claimed.

González-Bueno has acknowledged that there are several uncertainties in the coming months that are added to this tax on banks, such as the rise in interest rates, the economic context and the energy crisis.

However, the bank believes that the movements in favor driven by rate hikes will have a very high impact, while those derived from inflation, such as delinquencies and cost increases, will be more controllable and will move within a range " reasonable".

The CEO of Banco Sabadell has referred to the consolidation that has been seen in recent years in the banking sector, and that only entities with a significant industrial portfolio, those that had activity in other countries and some savings banks have survived .

The exception was Banco Sabadell. González-Bueno has made reference to the merger with BBVA, which "fortunately", with hindsight, did not materialize. "It was not an easy decision for the council, I am sure," he stressed.

‹ ›
Keywords:
Banco SabadellSector Financiero
Your comment has been forwarded to the administrator for approval.×
Warning! Will constitute a criminal offense, illegal, threatening, offensive, insulting and swearing, derogatory, defamatory, vulgar, pornographic, indecent, personality rights, damaging or similar nature in the nature of all kinds of financial content, legal, criminal and administrative responsibility for the content of the sender member / members are belong.
Related News