Banca March, the only Spanish bank among the best companies to work for in Europe 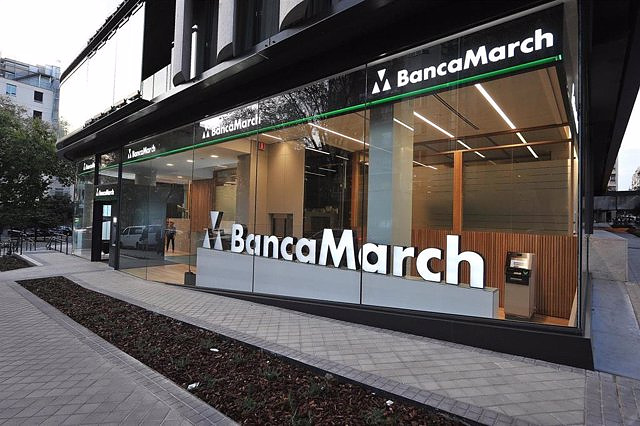 Banca March repeats, for the second consecutive year, as the only Spanish bank among the best companies to work for in Europe, according to the ranking prepared by the independent consultant Great Place To Work.

The entity, which has the highest solvency in the Spanish financial system, participated in the category of large companies (more than 500 employees).

"This recognition of the people and talent management policies is a new endorsement of the entity's business model, based on leadership in solvency, responsible advice, reputational soundness, quality of service, advisory technology and people management. , with the best trained professionals in the sector", highlights Banca March in a statement.

According to the survey carried out by Great Place to Work, 9 out of 10 employees state that they feel proud of their achievements as professionals at Banca March and express their desire to continue working at the bank.

"We are extremely proud to have once again formed part of the Great Place To Work European ranking for the second consecutive year and to be the only Spanish bank to appear in it. Thanks to our people management model, based on training and specialization, Banca March has become one of the best companies to work for and the best school for private banking managers and advice for Spanish banking companies," said Anselmo Martín-Peñasco, deputy general manager of Banca March and Responsible for the Human Resources Area.

"We are the entity that invests the most on average in training per employee within the sector -he highlighted-, that is why we have the best prepared managers, to whom we offer a place where they can pursue a long and fruitful professional career, in an environment where that prioritize equal opportunities, professional development, and work-life balance. Our goal is to remain a high-performance, results-oriented organization based on ethical values ​​of professionalism, competence, meritocracy, and responsible banking."

The Great Place To Work ranking is compiled from the confidential responses of 1.4 million employees from more than 3,000 companies in 37 European countries. These surveys assess employee trust, innovation, company values ​​and leadership.

The inclusion of Banca March in the European ranking for the second consecutive year adds to the recognition obtained by Banca March in terms of people management. In April of this year, it ranked as the fifth best company to work for in Spain, according to the Best Workplaces ranking also prepared by Great Place to Work. Likewise, in 2022 the bank has been certified by the same consulting firm, for the third consecutive year, as a great company to work for. It also obtained, for the fourth year, the certification of the Top Employers Institute.

‹ ›
Keywords:
Banca March
Your comment has been forwarded to the administrator for approval.×
Warning! Will constitute a criminal offense, illegal, threatening, offensive, insulting and swearing, derogatory, defamatory, vulgar, pornographic, indecent, personality rights, damaging or similar nature in the nature of all kinds of financial content, legal, criminal and administrative responsibility for the content of the sender member / members are belong.
Related News