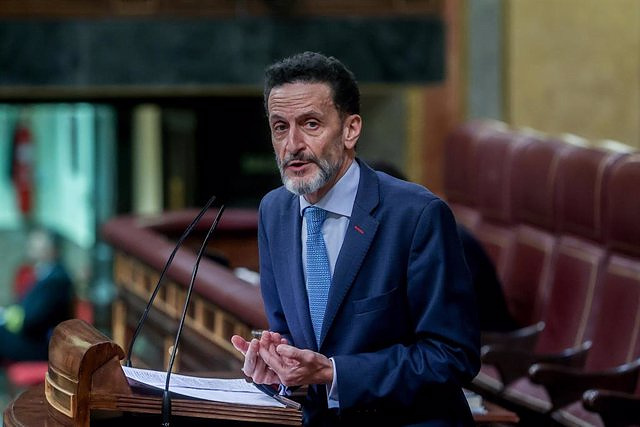 The vice secretary for Citizens, Edmundo Bal, has "thanked the sincerity" of the ERC spokesman in Congress, Gabriel Rufián, by acknowledging that his party used the vote for the 2023 General State Budget (PGE) project as a "lever of force" to force the coalition government to eliminate the crime of sedition for which the leaders of the Catalan independence process were convicted.

"At least I thank you for your clarity and sincerity," Bal told the media in the Congress of Deputies, where an open day is being held today as a celebration prior to Constitution Day.

Bal has contrasted the attitude of the PSOE, which denies having used the law to reform the crime of sedition as a "bargaining currency" to approve the PGE, with that of Rufián, who has indicated that his party "many times" has to use " levers of force" for the PSOE to move "in commitments that, in fact, are theirs.

"The PSOE says no, how are we going to use this as a bargaining chip so that the budgets vote for us. But the other part of the contract arrives [in reference to ERC and Rufián's statements] and says yes, that this is the bargaining chip for the PGE", said Bal.

"I honestly think they treat us like little children and fools," he added.

‹ ›
Keywords:
Presupuestos GeneralesPSOEERCCiudadanosEdmundo Bal
Your comment has been forwarded to the administrator for approval.×
Warning! Will constitute a criminal offense, illegal, threatening, offensive, insulting and swearing, derogatory, defamatory, vulgar, pornographic, indecent, personality rights, damaging or similar nature in the nature of all kinds of financial content, legal, criminal and administrative responsibility for the content of the sender member / members are belong.
Related News