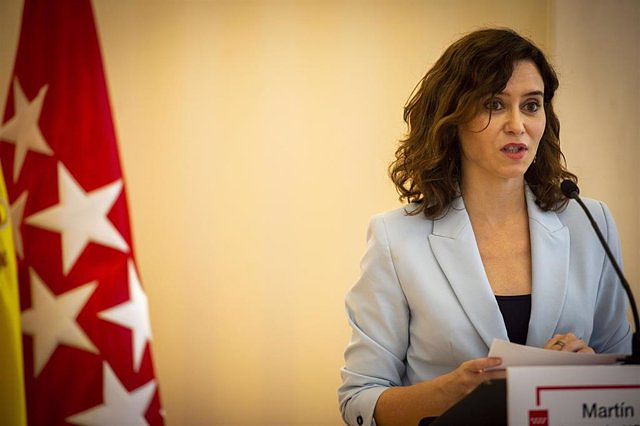 The president of the Community of Madrid, Isabel Díaz Ayuso, has considered the emergency energy measures announced by the president of the European Commission, Úrsula Von der Leyen, a "tremendous mistake", among which is the rate on the benefits of electrical.

"They do not go to the underlying problem and the only thing they do is in the end affect the pockets of citizens. The same thing always happens. I think that because electricity companies, banks, and companies are doing worse, they are not doing better people", he stated in an interview on 'Onda Cero', reported by Europa Press.

The regional leader has stressed that she is against the "Manichean division that always occurs between man-woman, rich-poor, public-private, worker-company" and defends that "it is not about that" but about "reducing taxes ".

At this point, he stressed that "the Government finally understands that it has to reduce VAT on electricity bills as well." In his opinion, this is the path that everyone has to take.

Ayuso has also pointed out that "of course in the long term Europe has to clarify what energy policy it wants to carry out and then also Spain what its going to be" because for what "benefits" the Government they are Europeans "and for many other not issues." “There are also big discounts in other countries and public spending and the public sector as such have also been reduced and in those we are not Europeans,” he has settled.

‹ ›
Keywords:
Comisión EuropeaDíaz AyusoUrsula Von Der Leyen
Your comment has been forwarded to the administrator for approval.×
Warning! Will constitute a criminal offense, illegal, threatening, offensive, insulting and swearing, derogatory, defamatory, vulgar, pornographic, indecent, personality rights, damaging or similar nature in the nature of all kinds of financial content, legal, criminal and administrative responsibility for the content of the sender member / members are belong.
Related News