Atlético seeks to break the European streak in the Metropolitan

Atlético seeks to break the European streak in the Metropolitan. 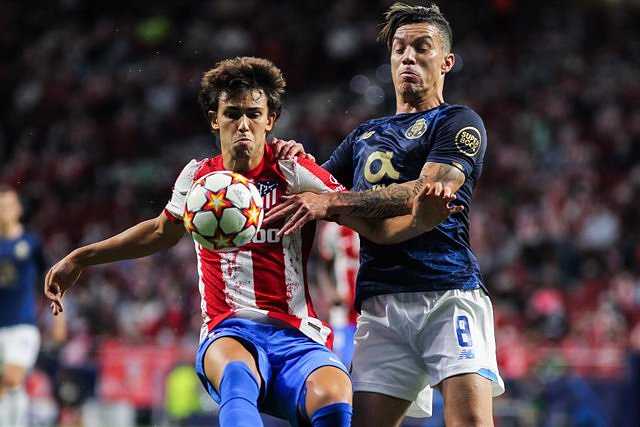 Atlético seeks to break the European streak in the Metropolitan

The rojiblanco team, which has not won in its last five European games at home, hosts Porto in its Champions League debut

Atlético de Madrid will debut this Wednesday (9:00 p.m.) in the 2022-2023 Champions League with an always complicated match against Portuguese Porto, the first European visitor to the Cívitas Metropolitano against whom Diego Pablo Simeone's men seek to improve their sensations at this start campaign and break their losing streak at home in the tournament.

Like last season, the Portuguese team is the first rival in the new mattress assault on the top continental competition, where last year they reached the quarterfinals and competed until the last minute of their tie against the almighty Manchester City .

Now, after a somewhat hesitant start in LaLiga Santander, the Madrid team hopes that the music of the Champions will make them bring a better version than in their first four games and add three points that not only strengthen them as the favorite of their group, the B, but allow their fans to savor a European victory at home in almost two years.

On October 27, 2020, Atlético, thanks to a late goal by Joao Felix, won 3-2 against Austrian RB Salzburg, in what is their last victory at the Metropolitano in the Champions League. Since then, five draws (Bayern, Lokomotiv and Porto, in the group stage, and Manchester United and Manchester City, in knockout rounds) and two defeats (Liverpool and Milan in last year's group).

A bad streak that he hopes to break against a Porto that during his visit a year ago offered him a very competitive game, which ended goalless, and that will also serve to gain momentum at the start of the season where he is not being somewhat irregular . Thus, after starting with a promising victory in Getafe (0-3), he lost three points in the Metropolitan against Villarreal (0-2), recovered them with great effort in Mestalla (0-1) and scratched a draw in San Sebastian (1-1).

Four games where he has not managed to sign 90 full minutes, an aspect that is usually necessary when European nights arrive to avoid the complications that he has experienced in the past in a more 'comfortable' group stage than before because despite the presence Experienced Porto, double European champions, have none of the considered candidates to go far and also seem superior to German Bayer Leverkusen and Belgian Bruges.

In sports, the main concern for Simeone is whether he will be able to count on the Slovenian goalkeeper Jan Oblak, who received a heavy blow in Saturday's duel against Real Sociedad and who seems to leave his place to Croatian Ivo Grbic to fully recover.

The entry of the second goalkeeper would be one of the novelties that 'Cholo' would propose for his first eleven in the Champions League, in which his compatriot Nahuel Molina would also be present, absent in the last two league games due to suspension and who would occupy the right lane in a defense of three central defenders that will continue without the presence of Stefan Savic.

Yannick Carrasco and Saúl Ñíguez will fight to occupy the left lane, while in the middle, the only one who currently seems fixed is captain Koke Resurrection. Rodrigo de Paul, Geoffrey Kondogbia, Marcos Llorente or Carrasco himself could accompany him. Above, Álvaro Morata and Joao Felix would repeat once again.

Opposite, a Porto that has started the season a little better, despite the fact that it has also suffered a stumbling block by losing 3-1 to the modest Rio Ave in the visit. Although a year ago they had more quality with Luis Díaz and 'Tecatito' Corona, Sergio Conceiçao's team will seek to scratch something positive from the Metropolitano, supported by their credentials in recent years and based on their discipline and defensive firmness that they will prove an offensive fluency from Atlético that still hasn't managed to find a rhythm.

The 'Dragons', with the Croatian midfielder Marjo Grujic in doubt, continue to be led by the veteran ex-Madrid central defender Pepe at their defense and by the quality of the Iranian Mehdi Taremi, his best offensive asset to do damage up front in a game that is expected to be physical and equal.