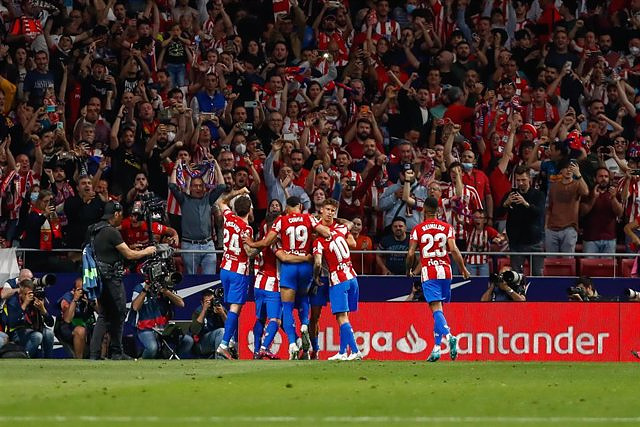 Atlético de Madrid kicks off the 2022-23 league championship this Monday with their visit to Getafe (7:30 p.m.), a difficult match for the 'Cholo' team who will try to prolong their good feelings harvested in preseason in the first litmus test for the mattresses.

Diego Pablo Simeone's team completed an impeccable preseason by winning their four preparation tests, two of them against top-level teams such as Manchester United and Juventus Turin. A machinery already greased that will reach the first day of competition with the flight of Álvaro Morata, who took advantage of the summer in his return to Atlético and endorsed a 'hat-trick' to the Italians.

The first stone on the road to fighting for LaLiga Santander again will be Quique Sánchez Flores' Getafe, the 'Cholo' favorite team, whom he has faced in 19 games without defeat (17 wins and 2 draws). An unbeaten record that the rojiblancos also have in their league debuts, where they have not lost the first duel in any of their last 12 campaigns, with 7 wins and 5 draws.

To leave behind the irregularity suffered last season, despite the final sprint that placed them third in the championship, Atleti has opted for a continuous line with the return of Álvaro Morata and Saúl Ñíguez, who have the mission of earning the coach's trust before the closing of the transfer market.

All this, together with the incorporation of the Argentine international Nahuel Molina, who will occupy the right wing after the departure of Daniel Wass, and the experienced Axel Witsel. The versatility of the Belgian has led him to form part of the defensive back, a position in which he has performed immediately and that he will occupy in his debut against the azulones.

"We position him in that role as a central defender, who actually also participates as a midfielder because when the team attacks he can gain meters on the field. He is doing well, hopefully he can hold it and the field will mark a little what we will be doing" , highlighted the 'Cholo' in the preview of the match against Witsel.

Now, the efforts will go through rediscovering the best version of Antoine Griezmann, called to be important this season along with Joao Félix, and for this they will have to endorse the good preseason against the team with the least goals scored of the 17 that achieved permanence last year. A Getafe that has incorporated an offensive spirit, with the arrival of Portu and Borja Mayoral, and that only lost one of its last six games in LaLiga.

To stop the rojiblancos, Quique Sánchez Flores will opt for a line of five in defense, a consolidated axis for the coach and one that reaped such good results to achieve salvation. However, they will not be able to count on Luis Milla and Damián Suárez, the main absences in a call full of players from the subsidiary due to the lack of troops.

"We respect Atlético de Madrid a lot. It will not take away our enthusiasm and ambition. It will be us. They have been doing things very well for a long time. I like their coach very much and I respect his work a lot. We know each other and every time we play against Atlético de Madrid there is a sentimental background", explained Sánchez Flores, former coach of the mattress team.

For his part, Diego Pablo Simeone will not be able to count on José María Giménez, who has not been able to exercise in recent days due to severe tonsillitis, despite having already recovered from the trauma received in training prior to the friendly against Juventus.