Atlético begins its tests with its traditional duel against Numancia 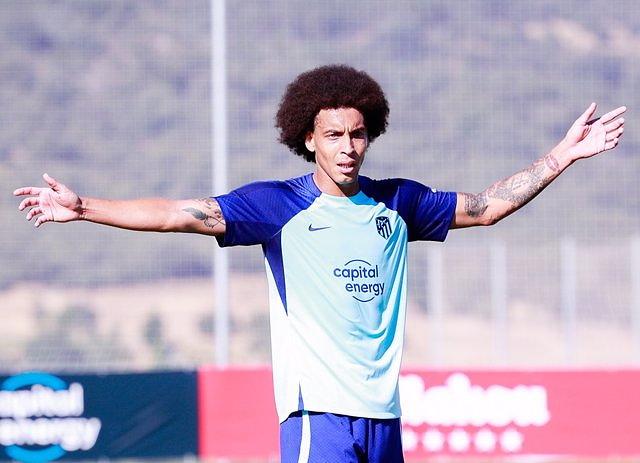 Atlético de Madrid will play this Wednesday the first of their pre-season friendlies, the traditional duel against CD Numancia of the First RFEF and which serves to celebrate the ninth edition of the Jesús Gil Memorial.

17 days after starting their work to prepare for the new 2022-2023 season and after the players have undergone the usual physical set-up under the orders of 'Profe' Ortega, the 'rojiblanco' team will begin to draw their first intentions with this meeting that will be held at 7:00 p.m. in the town of El Burgo de Osma.

Diego Pablo Simeone's team is one of the latest to get going at a competitive level this summer and now, against a theoretically inferior rival, they will try to see how the intense sessions experienced in the concentration in Los Angeles de San Rafael (Madrid) ).

Numancia will be the first touchstone of the series of four friendly matches scheduled until the start of LaLiga Santander on August 15 against Getafe at the Coliseum. Subsequently, the first big test against English Manchester United on July 30 in Oslo, a visit to Cádiz for the Ramón de Carranza Trophy on August 4, and closing outside Spain, in Tel-Aviv (Israel) on August 7, against Italian Juventus.

This first match will serve to see the possible plans that 'Cholo' has with players like striker Álvaro Morata and midfielder Saúl Ñiguez, whose future is not clear with the mattresses, like that of Frenchman Antoine Griezmann, with the addition of the rumor of the possible signing of the Portuguese Cristiano Ronaldo.

In addition, this meeting can serve to see the debut of the two signings that Atlético has made so far, that of the Belgian midfielder Axel Witsel and that of the Brazilian winger Samuel Lino, although the latter, according to information, seems to be leaving on loan. It is also expected that the Argentine full-back Nahuel Molina, who landed in Madrid on Monday to undergo a medical check-up with the Madrid team, is also expected to travel.