At least ten dead in a magnitude 5.3 earthquake in northeastern Afghanistan 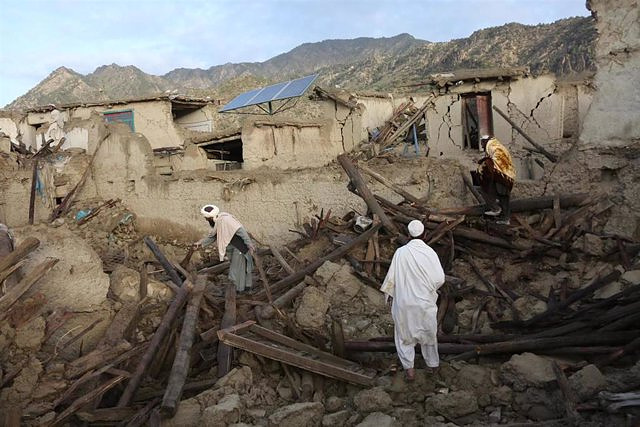 An earthquake of magnitude 5.3 on the Richter scale with the center ten kilometers deep in Jalalabad, capital of Nangarhar province, has left at least ten dead in the town of Kunar, in northeastern Afghanistan.

According to the provincial head of Information and Culture, Mawlawi Mohamed Hanaf, dozens of houses have been destroyed in many areas of the province as a result of the earthquake, which occurred around 2:27 a.m. (local time), according to the Geological Survey of United States (USGS), as reported by the Jaama news agency.

Staff from the Taliban Natural Disaster Control Authority have been deployed to the affected areas. The death toll is expected to rise as the exact number of victims in the various provinces is unknown, the Bakhtar news agency reported.

Last June, an earthquake with an epicenter about 44 kilometers from the city of Jost (east), near the border with Pakistan, left more than a thousand dead, a tragedy for which numerous international actors spoke out.

‹ ›
Keywords:
AfganistánTerremotos
Your comment has been forwarded to the administrator for approval.×
Warning! Will constitute a criminal offense, illegal, threatening, offensive, insulting and swearing, derogatory, defamatory, vulgar, pornographic, indecent, personality rights, damaging or similar nature in the nature of all kinds of financial content, legal, criminal and administrative responsibility for the content of the sender member / members are belong.
Related News