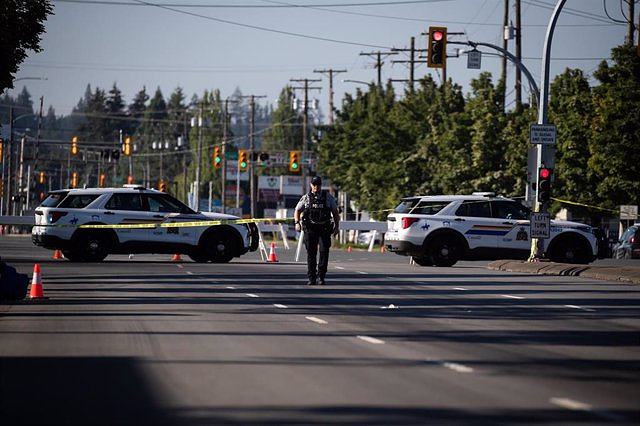 The Canadian Police (RCMP) reported this Sunday that at least ten people have died and 15 have been injured in a multiple stabbing at various locations in the province of Saskatchewan, in central Canada.

"At this point in the investigation, we have located ten lifeless bodies in 13 locations," a police spokeswoman explained at a press conference. In addition, she added that "several additional victims" were injured, including 15 who had to be transferred to hospitals.

Authorities are trying to locate two male suspects, Damien Sanderson, 31; and Myles Sanderson, 30. The RCMP has issued a province-wide alert on two dangerous people, as it considers that both suspects are still armed.

"As the suspects are at large, we have also requested that the alert be extended to Manitoba and Alberta," Canadian Police said in a press release.

Agents have recommended citizens to take precautions. "If you are in the area, seek immediate shelter. Do not leave a safe place and be careful when allowing other people to enter your residence," the police force has warned. He has also asked neighbors not to approach suspicious people or pick up individuals on the highways.