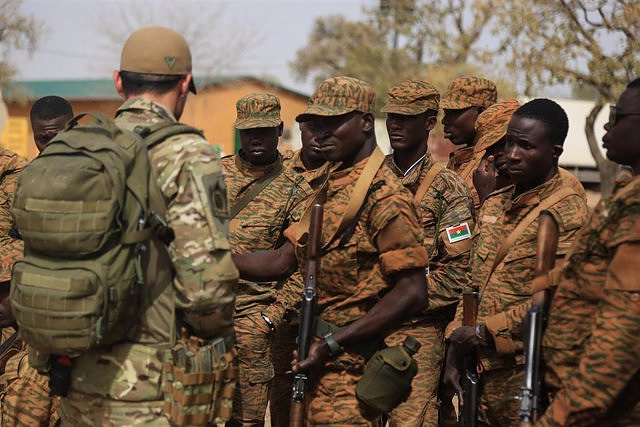 At least 35 civilians have died and 37 have been injured due to the explosion of an improvised explosive device while traveling in a convoy, according to local authorities.

"One of the vehicles carrying civilians in said convoy has exploded on contact with an improvised explosive device. The provisional balance shows 35 dead and 37 wounded, all civilians," the governor of the Sahel region, Rodolphe Sorgho, has detailed in statements collected by the Burkina Faso Information Agency (AIB).

The dead and wounded were traveling in a supply convoy escorted by the Army that left Djibo, in the north of the country, for Ouagadougou, the capital of Burkina Faso.

This type of convoy supplies northern towns blocked by jihadist groups, which in recent months have prevented the supply of several cities, such as Djibo, Titao or Pama, according to AIB.

In a speech given to the nation on Sunday, the head of state, Lt. Col. Paul-Henri Sandaogo Damiba, reaffirmed his determination to fight these groups.

‹ ›
Keywords:
Burkina Faso
Your comment has been forwarded to the administrator for approval.×
Warning! Will constitute a criminal offense, illegal, threatening, offensive, insulting and swearing, derogatory, defamatory, vulgar, pornographic, indecent, personality rights, damaging or similar nature in the nature of all kinds of financial content, legal, criminal and administrative responsibility for the content of the sender member / members are belong.
Related News