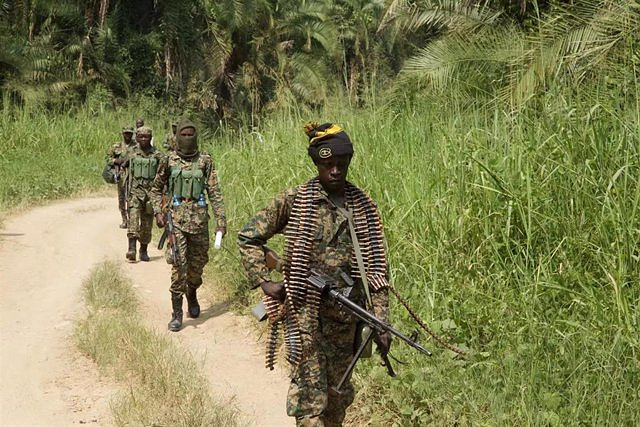 At least 12 civilians have died in new armed attacks by combatants of the Allied Democratic Forces (ADF) armed group near the city of Mamove, in North Kivu, located in the east of the Democratic Republic of the Congo (DRC).

According to witnesses, the victims --whose number could be greater-- were finished off with machetes and shot while they were in their fields. Most of the civilians were beheaded, as reported by the Actualité news portal.

The ADF, a Ugandan group created in the 1990s, especially active in eastern DRC and accused of the killing of hundreds of civilians in this area of ​​the country, could be trying to operate again in Uganda, from where it withdrew in 2003. after a series of military operations that drastically reduced its ability to carry out attacks in the country.

The ADF suffered a split in 2019 after Musa Baluku -- sanctioned by the United Nations and the United States -- swore allegiance to the jihadist group Islamic State in Central Africa (ISCA), under whose banner he has been acting ever since. The DRC and Uganda signed a defense agreement in December to carry out joint operations in eastern DRC.

‹ ›
Keywords:
República Democrática Del Congo
Your comment has been forwarded to the administrator for approval.×
Warning! Will constitute a criminal offense, illegal, threatening, offensive, insulting and swearing, derogatory, defamatory, vulgar, pornographic, indecent, personality rights, damaging or similar nature in the nature of all kinds of financial content, legal, criminal and administrative responsibility for the content of the sender member / members are belong.
Related News