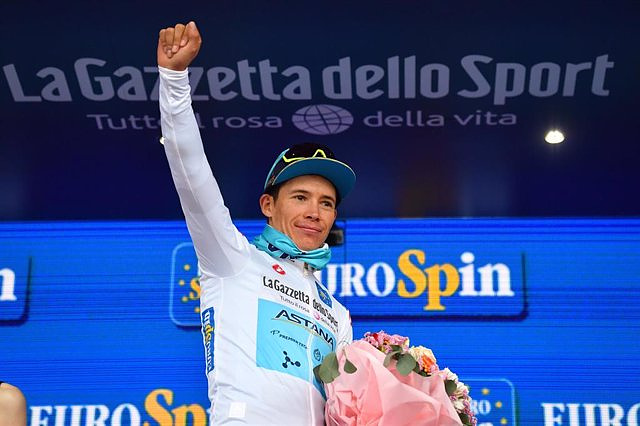 The Astana Qazaqstan team has lifted the sanction of the Colombian cyclist Miguel Ángel López "in the absence of any finding" in relation to the investigation for an alleged crime of drug trafficking in which he was involved at the end of July, for which the runner You can participate in the Vuelta a Burgos and the Vuelta a España.

On July 22, 'Supermán' López was received by agents from the Central Operational Unit (UCO) of the Civil Guard upon his arrival at the Adolfo Suárez-Madrid-Barajas airport, who questioned him and later let him go.

Later, it became known that he was being investigated for an alleged crime of drug trafficking in which the Spanish doctor Marcos Maynar would be involved, and the Kazakh team decided to suspend him while waiting for the status of the procedure to be clarified.

"Based on the information received, the Astana Qazaqstan team, in the absence of any finding by the Spanish authorities or the UCI, is not in a position to maintain the suspension or to deprive the rider of his contractual rights. Miguel Ángel López provisionally rejoins the Astana Qazaqstan Team," the team said.

In this way, the Colombian cyclist will participate in both the Vuelta a Burgos and the Vuelta a España. "The Astana Qazaqstan team has forwarded all the information received to the International Testing Agency, which is in charge of anti-doping investigations on behalf of the UCI. The team will closely monitor the situation and will not hesitate to take strong action depending on the situation." evolution of the situation," he stressed.