Association of Prosecutors warns: Reforming sedition for the interests of specific people is of dubious constitutionality

Remember that the Law does not admit singular laws and requests that the CGPJ, the Council of State and the Fiscal Council report. 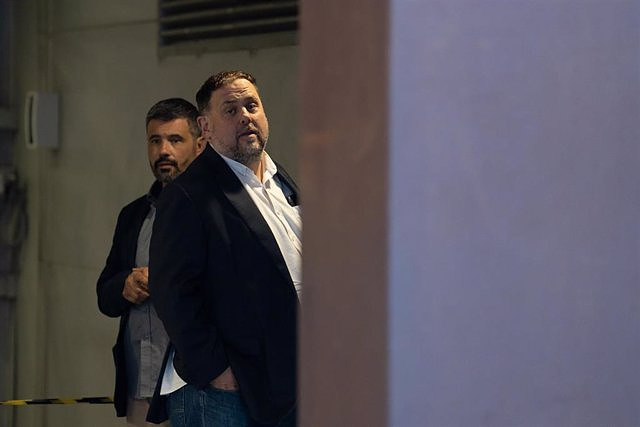 Remember that the Law does not admit singular laws and requests that the CGPJ, the Council of State and the Fiscal Council report

The Association of Prosecutors (AF) warns, in relation to the reform proposed by the Government of the crime of sedition, that "it is not admissible" to reform the Criminal Code "for the interests or situations of specific people", thus referring to the Catalan pro-independence leaders convicted in the 'procés' case.

"With this, a basic principle of Law is ignored, which does not admit singular laws that, therefore, would be of very dubious constitutionality," he stressed in a statement issued by the delegates of this association and collected by Europa Press.

The Government has proposed repealing the current crime of sedition and replacing it with another aggravated public disorder that contemplates penalties for the authorities of 3 to 5 years in prison --compared to 10 to 15 years that the current Penal Code includes-- and disqualification from 6 to 8 years --compared to the 10 to 15 years established by the current law--, according to the organic law proposal made by PSOE and Unidas Podemos.

For the AF, a reform of the crime of sedition "of the transcendence and depth" that is intended, must be carried out calmly and therefore obtaining reports from both the General Council of the Judiciary (CGPJ) and the Council of State and the Fiscal Council.

They also point out that "it is not true" that the Law of the European Union requires Spain to reform this crime, and they recall that sedition has been maintained in all penal codes, including that of 1995, "known as the Penal Code of democracy ".

On the other hand, they warn that it is not maintained that the penalties provided for this crime are higher than those provided for behaviors that are classified, whether or not they are called sedition, in other countries of the European Union. And they assert that both the report of pardon to the leaders of the Catalan independence 'procés' of the Prosecutor's Office and that of the Criminal Chamber of the Supreme Court already made it clear.

In addition, from the AF they consider that the proposed reform supposes a lack of protection of the constitutional order because it requires specific criminal types and penalties that comply with the preventive-general and special functions that are proper to it.