Asens (UP), on Marlaska and Melilla: "He must accept the harsh reality of what happened or reality will kill him" 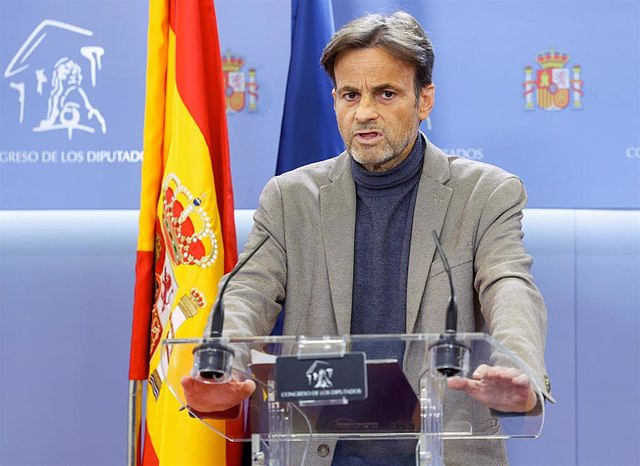 The president of the United Podemos parliamentary group in Congress, Jaume Asens, has urged the Interior Minister, Fernando Grande Marlaska, to stop "throwing the balls out" about the deaths of migrants at the Melilla border fence on June 24 and rectify the initial version given by his department, since his political future is at stake.

"Marlaska must accept the harsh reality of what happened in Melilla or the harsh reality will end Marlaska", the leader of En Comú Podem launched in statements to RNE, collected by Europa Press, referring to the expected appearance of the head of the Interior today in the plenary session of Congress.

All this after the journalistic investigation of the Lighthouse Reports consortium, which reports at least one death in Spanish territory and questions the version of the Interior, as in his opinion Amnesty International, the Ombudsman and even Europe did before.

And it is that for Asens if at first there could be "reasonable doubts" about what happened in Melilla, now they are "evidence that nobody denies, not even the PP".

Therefore, Asens has added that the Minister of the Interior cannot continue "hiding behind a narrow and corporate vision of the reason for State or security." "What he would have to do is rectify, correct his attitude and stop looking the other way. The time for throwing balls out is over," he insisted to also demand that the PSOE stop blocking the investigation commission that various groups have demanded to clarify the tragedy in Melilla.

Marlaska will appear for the second time in the Lower House to explain the event in Melilla, which will arrive surrounded by criticism from various political parties, with PP and Ciudadanos asking for his dismissal.

‹ ›
Keywords:
PodemosInmigraciónMarlaska
Your comment has been forwarded to the administrator for approval.×
Warning! Will constitute a criminal offense, illegal, threatening, offensive, insulting and swearing, derogatory, defamatory, vulgar, pornographic, indecent, personality rights, damaging or similar nature in the nature of all kinds of financial content, legal, criminal and administrative responsibility for the content of the sender member / members are belong.
Related News