Asens (UP) celebrates the repeal of sedition but calls for changes: "It has some shadows" 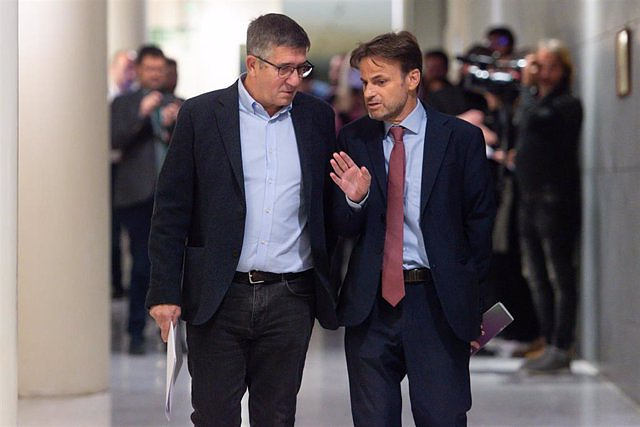 The leader of Unidas Podemos in Congress, Jaume Asens, has celebrated the repeal of the crime of sedition, which this Thursday will be debated in the Chamber for the first time, although he has asked to avoid triumphalism considering that the text "has some shadows" and has demanded changes.

"There are concepts that we do not like, there are very high penalties," he explained in an interview on TV3 this Thursday collected by Europa Press in reference to the crime of aggravated public disorder, and he has not detailed whether the purple ones will present amendments or if they will ratify the presented by other groups.

He has advocated for erasing the "print of the PP" that, in his opinion, the wording has, by attributing to the 'popular' the crime of public disorder to combat the 15M movement.

In this line, he has accused those of Alberto Núñez Feijóo of having made "a penal code tailored to the independence movement" with the reform of the crime of embezzlement of 2015.

Regarding ERC's claim to modify it again, he has opined that "a few days ago" there was a majority in favor of reforming it but he has said he does not know if it remains in force, given the pressure that, for him, political formations suffer through disinformation.