He assures that Sánchez wants to put the Penal Code to the measure of "his criminal partners". 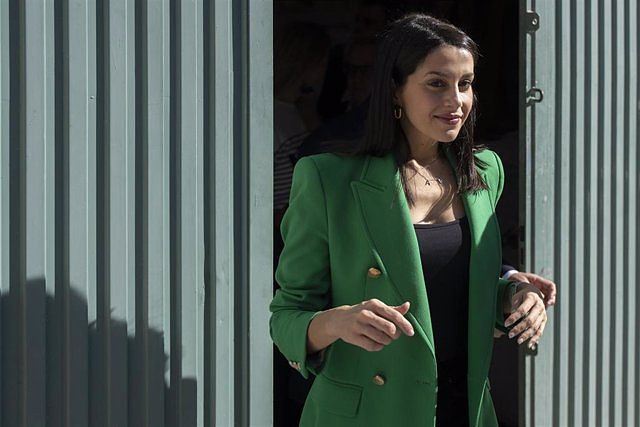 The president of Ciudadanos, Inés Arrimadas, has indicated this Tuesday that for the new two-headed model that the party is considering adopting, eliminating the presidency and creating two directions, one political and the other organic, they have been inspired more by their European liberal partners than by the GNP.

"We have looked more at European models, there are many examples," he assured in an interview with RNE, collected by Europa Press, when asked if the PNV is the mirror where Citizens (Cs) have looked to change its internal structure and that Arrimadas leads only the political leadership and is a candidate for the general elections.

Arrimadas has highlighted that this change at the moment is only a proposal and will have to be approved by the militancy. That said, the leader of the 'orange' formation has indicated that they have taken as a reference, among other liberal parties in Europe, that of the Prime Minister of the Netherlands, Mark Rutte, with whom she has been able to speak.

"It is a proposal and it seems to me that it could be a good idea," he stated, stressing that the refoundation, which is facing its final stretch, has meant "enormous desire for change and participation." "I promised a process in which we would reform everything," she recalled.

The president of Ciudadanos has admitted that it is "difficult" for a motion of censure against the Government to prosper, but she has defended that if they present it, it would affect what "cares most" for the president of the Executive, which, in her opinion, are the votes . "What we can achieve is that the plan does not turn out for Sánchez as she has planned, because a motion can lengthen the deadlines," she added.

Thus, given the lack of interest of the PP in raising the motion, the 'orange' leader has pointed out that "when you are the leader of the opposition you have rights, but also a responsibility." "Here there is a very important issue and it is that Sánchez wants this new infamy that they make of putting the Penal Code to the measure of their convicted criminal partners, they want to do it quickly, that it be approved before Christmas and that as few people as possible find out ", has added.

Asked if Ciudadanos is considering demonstrating against the repeal of sedition, the deputy has insisted that the "useful proposal" to delay the deadlines and give more media coverage is the motion of censure. And it is that, she has assured that "Sánchez has no limit", referring to the possible reform of the crime of embezzlement.

"The next time they want to set up a patronage network like the one they have set up in Andalusia, it will be cheaper for them, just like the separatists when they want to carry out a coup d'état that is going to be sponsored by Sánchez," he assured.

Arrimadas has asserted that it has been shown that it is possible to "attempt to carry out a coup from the institutions" and, therefore, "if the Penal Code has to be changed, it is to provide more tools in the next coup and not to make it easier for these gentlemen."

Asked if Cs feels comfortable with the version of the Ayuso Government that links the health strike in the Community of Madrid with the politicization of the protest, Arrimadas has stressed that they do not "support what Ayuso says", but they do not join the theses of Podemos.

"We don't even support what Mrs. Ayuso says that the problem does not exist and Podemos invents it, because it is not true, but of course you will not see us added to the theses of Podemos and certain parties on the left that manifest themselves first in Madrid and then where they govern they are silent", argued the deputy of Cs.

Arrimadas believes that the problem must be addressed from the central government and is in favor of "certain recentralization" of powers in Health to guarantee, "that there are not so many differences, that there are, between a community."

"I think that obviously there must also be delegated powers in health in the autonomous communities, but there must be a reorganization

‹ ›
Keywords:
PNVCiudadanosInés Arrimadas
Your comment has been forwarded to the administrator for approval.×
Warning! Will constitute a criminal offense, illegal, threatening, offensive, insulting and swearing, derogatory, defamatory, vulgar, pornographic, indecent, personality rights, damaging or similar nature in the nature of all kinds of financial content, legal, criminal and administrative responsibility for the content of the sender member / members are belong.
Related News