He accuses him of "delving" into problems that, although they are not new, the Government has not solved for fear of "courageous measures". 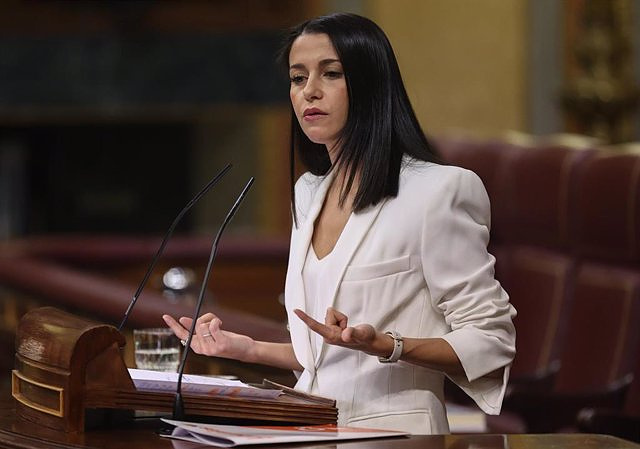 He accuses him of "delving" into problems that, although they are not new, the Government has not solved for fear of "courageous measures"

The spokesperson for Citizens in Congress, Inés Arrimadas, has reproached the president, Pedro Sánchez, on Tuesday for presenting himself at the Davos Economic Forum as "Robin Hood" while in Spain he makes policies that "are not progressive", since, In his opinion, he has abandoned the public pension system, the birth rate or the quality of education, among other issues.

"Every time he comes from a European Council or Davos he looks good, but I wonder why he feels more comfortable outside of Spain than inside, he seems like the president of another country," Arrimadas told the chief executive at the start of his intervention in the framework of the appearance of Sánchez, who has come to Congress to address the latest European events and anti-crisis measures.

According to the 'orange' spokeswoman, Sánchez's policies "are not progressive" but rather obey his intention to "hold out one more day" in La Moncloa. Thus, Arrimadas has blamed Sánchez on the situation of the public pension or health system, in addition to the democratic quality in Spain or the independence movement in Catalonia.

Regarding pensions, he has accused Sánchez of "breaking" the system for "electoralism" and has reminded him of the increase in spending to cover them. "1,200 million euros more per month than in 2022, four times more than (the budget) in the entire Ministry of Science," he added.

Regarding health, Arrimadas has criticized the "abysmal differences" between autonomous communities, for which he has asked to "recentralize" the necessary powers to guarantee equity in treatments, diagnostic tests and resources, in general.

Arrimadas has continued to ensure that, with the Government, there is "worse democratic quality" in Spain, alluding to the modification of the Penal Code to eliminate sedition and modify embezzlement "for four criminals."

He has also accused Sánchez of "controlling the Prosecutor's Office like no one had dared" and of "pressure the judges." In Catalonia, for its part, "infamy has been normalized", according to the 'orange' spokeswoman, who thus alluded to the situation of the independence movement in this autonomy.

According to Arrimadas, all these problems "are not new" but the chief executive "has delved into them" because he has not undertaken "courageous reforms." "Because he does not dare, and neither does the PP", he has settled.

In a more international key, Arrimadas has abounded that the role of Spain in Europe that Sánchez "tries to sell" is different from reality. He has mentioned that he "leads the lead" with regard to aid provided to Ukraine "when he always puts himself in profile" when it comes to sending military equipment there.

It has also been asked "what interest does it have" in helping to "cover up the outrages" in Morocco, due to the socialist vote in the European Parliament against a resolution on the situation of Human Rights in the Alawite kingdom.

‹ ›
Keywords:
Pedro SánchezCiudadanosInés ArrimadasDavosCongreso De Los Diputados
Your comment has been forwarded to the administrator for approval.×
Warning! Will constitute a criminal offense, illegal, threatening, offensive, insulting and swearing, derogatory, defamatory, vulgar, pornographic, indecent, personality rights, damaging or similar nature in the nature of all kinds of financial content, legal, criminal and administrative responsibility for the content of the sender member / members are belong.
Related News